The project is inspired by the questions and curiosities of excluded young people.

How important was it being a teenager in the 60’s?  Absorbing everything from music to fashion to punk, young people working with creatives and curators from the V&A and other museums unravel the heritage of fashion boutiques, culture, and politics from 1955-1980’s and their undeniable influence on what it means to be a teenager today.

When the Second World War ended in 1945, Britain was a drab and dreary place. People had very little money, which meant they couldn’t afford to buy new clothes or spend their time having fun.

The norm was for young people like us to go straight from being school children to holding down jobs and raising families.

By the mid 1950s, things began to change and with the abolition of Military Service in 1960, young people found themselves with fewer responsibilities than their parents’ generation.

We learned how these social and economic changes created a fertile environment for young people like us, who felt ‘different’ from the mainstream, to express their ideas and explore their creativity through a range of cultural forms, including music and fashion.

This new cultural wave echoed trends that had been emerging in America, and the UK now witnessed its own cultural explosion of ideas and trends which captured the vibe of the time. There was now a new type of young person – the ‘teenager’ was born to express the growing pains of transition from childhood to adulthood.

Young designers and trendsetters began to open boutique clothes shops in London’s King’s Road and Carnaby Street, where they showcased their outrageous new styles and expressed their individuality as artists.

These small, one-off boutiques were created as exciting alternatives to the more mainstream shopping experiences on offer at that time, in large department stores like Selfridges.

In our research we learned about the designer Mary Quant, who in 1955 set up her boutique ‘Bazaar’ on King’s Road. Quant’s boutique quickly became a magnet for young women seeking a new way of expressing their feminine identity. Bazaar changed the way young women dressed and made the ‘mini dress’ a wardrobe staple.

Young women, who had previously covered themselves up with long skirts and buttoned-up shirts, flocked to Bazaar.

However, we also learned from our research and the V&A’s archive that there is some question about who designed the first mini skirt.

We learned that a designer called John Bates might have been the unsung inventor of the mini-skirt. He was one of the most influential British designers in the 60’s. Ernestine Carter the fashion historian thought him the unsung inventor of the mini skirt. His mini dresses were the shortest, had the barest midriffs and the models wore the least undergarments – he preferred a bra-less silhouette.  In 1959 he had set up the Jean Varon label and later a label under his own name.  His influence in the sixties was such that he dressed Diana Rigg in the Avengers series.  Other celebrities of the day such as Twiggy, Sandie Shaw, Jean Shrimpton an Dusty Springfield all wore his fashion designs.  And soon this spread to the ‘masses’ as he also designed for the main department stores in the UK.

Whatever the role of John Bates, it was Mary Quant however who got the mini skirt noticed and popular among trendy young working girls about town.

Fashion wasn’t the only thing that changed dramatically during these years. A new type of music emerged, one that represented young people in the 1950’s – Rock ‘n’ Roll.

By the mid-60s, bands and singers were experimenting with strange new sounds, influenced by foreign cultures and psychedelic drugs.

We learned that music and fashion couldn’t help but be influenced by each other. The fashion became more colourful and crazy outfits sprang up around the King’s Road and Carnaby Street, like ‘Mr Fish’, set up by Michael Fish, and Nigel Weymouth’s ‘Granny Takes a Trip’.

Young people like us started to push the boundaries of self-expression and more and more individuality started to spring into people’s fashion choices and music preferences. People like us were starting be more fashion conscious and would follow the trends straight to King’s Road. 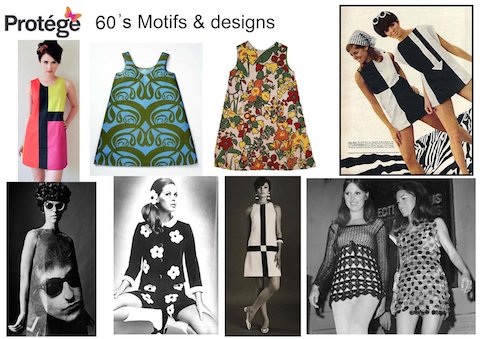 Iconic style and designs of the 60’s.

Today we young people look to famous people for fashion. It wasn’t too different in the 70’s. Rock stars were treated like gods and we wanted to look just like them.

It was in 1970 that designers John Dove and Molly White created the first ever band t-shirt, as a tribute to Jimi Hendrix, showing an image of a tiger, with the slogan ‘Wild Thing’ underneath.

We learned how important it was for young people to show loyalty to their idols by wearing their names and pictures on their chests. Today that trend still exists, but the t-shirt in now a vehicle for expressing so much more than worship of a rock star.

Taking this new knowledge, we created designs inspired by the spirit of the ‘Wild Thing’ look – but with our own contemporary twist.

Students develop their own designs for their teen anger focussed brand – ‘Royal i’. 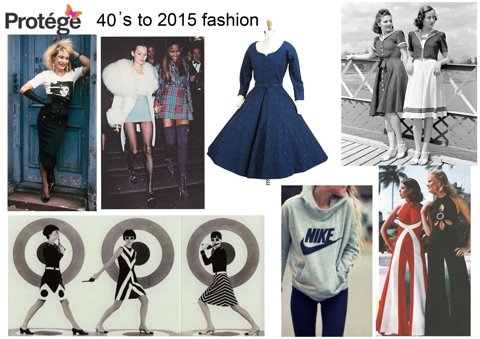 The changing fashion from the 40’s to now.

Our student visit the V&A for inspirational heritage workshops.

Our students scatter across London to find inspiration.

We already learned that this period was a key moment for social and cultural change, but it wasn’t until we learned about the punk movement in the 1970’s that we saw how young people could really affect political and economic change in a more direct way.

Much like we are today, the young people then felt frustrated by a lack of opportunities and a government and monarchy that wasn’t interested in what we wanted. From these conditions sprang the Punk movement.

Like the 60’s before it, fashion and music went hand in hand. Now a new musical style characterised by loud, brash guitars and confrontational, offensive lyrics became the voice for the frustration in us.

British band The Sex Pistols sang ‘God save the Queen / the fascist regime’, which took the national anthem and subverted its meaning to express their disaffection with the status quo.

And fashion was just as important to Punk as the sound. It was all about torn fabrics, leather, and safety pins – a do-it-yourself way of dressing that empowered people like us to express their individuality without having to pay a lot of money for it.

In 1974 another boutique opened up on King’s Road, but this one specialised in clothing that defined the Punk movement, complete with provocative slogans inspired by punk music. It was called ‘Sex’ and it was created by fashion designer Vivienne Westwood and marketeer Malcolm McLaren.

We took inspiration from what the punk movement meant and put that into our designs as we realised that even today as young people, we can create change. 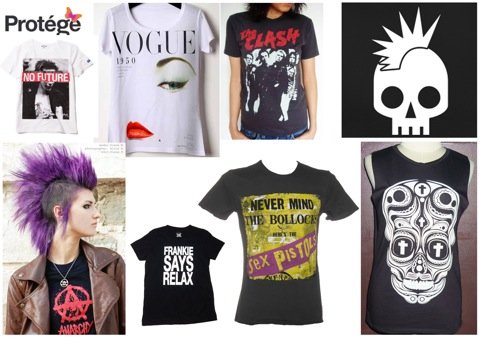 Amy - The Values & Ethos of Punk

Amy’s own designs influenced by punk and modern culture.

The ‘legacy’ of something means its lasting impact.

We re-lived the explosion of creativity in London in the 1960s and we can now see how that permanently established Britain as a leader and a trendsetter in fashion, music and individual style the world over.

The heritage of the young designers, ‘teenage’ trendsetters, and frustrated creatives we looked at are still alive today in boutiques that were developed as alternatives to the restrictive possibilities of the mainstream shopping experience. These boutiques gave people like us the freedom to truly express ourselves.

Our research and interviews helped us understand how the colourful worlds they created were so innovative and they have left a mark on our culture forever. Everything we wear today can be traced back to the ideologies of those fashion movements.

The heritage of the London boutique culture that we have explored – the mini dress, colourful psychedelia, band t-shirts, do-it-yourself punk – all have a strong presence in our culture today. You can see them everywhere, from gossip magazines to the catwalk, and this is why we created our own catwalk display of our best designs from our research and competition. Please watch our best designs being modelled in the film below.

Filmed at the ‘Too Fast To Live…’ Protégé event. 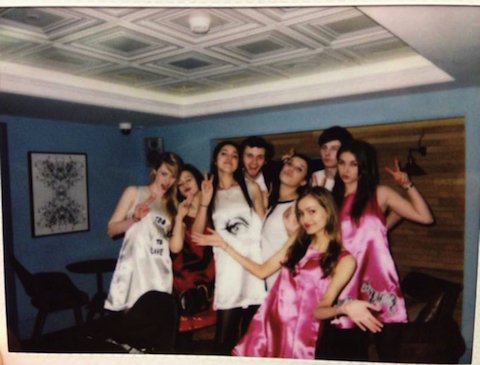