Vivek’s aim is to make Indian cuisine accessible for everyone. He demonstrates that at his inclusive restaurants and also in his diverse charitable work, especially mentoring young students, opening new doors for them into the world of food.

In 1971 and grew up in a coal-mining community in Bengal, where his father worked as an engineer. He attended a Christian Brothers school in Asansol called St. Patrick’s Higher Secondary School.

His childhood was highly influenced by food and celebrations around food. Some of his earliest memories are the ones of his mum cooking. He also was raised with Indian and British culture, celebrating Christian as well as Hindu holidays, as West Bengal was still under the British influence when Vivek was growing up.

Like most traditional Indian families, it was expected that Vivek would follow in his father’s footsteps and go on to become an engineer. Instead he announced that he wanted to become a chef.

“Growing up in India, food was at the centre of everyday life. From festivals to wedding celebrations, huge feasts were commonplace in Asansol and it was here that I fell in love with the sights, smells and celebration of food.” 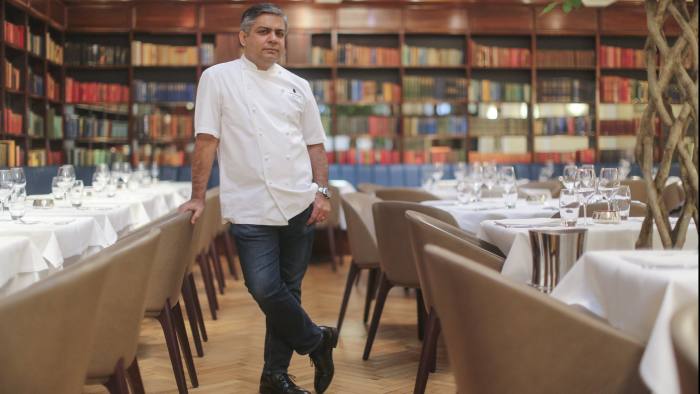 Vivek moved to London and opened his first restaurant, The Cinnamon Club, in 2001 with Iqbal Wahhab.

Set in the former Westminster Library, a palatial red brick Victorian building just a stone’s throw from the Houses of Parliament, the restaurant offers modern Indian cuisine in stylish surroundings with an admirable selection of wines and innovative cocktails.

In a broad sense, Vivek’s cooking style is modern Indian, in that, as the chef himself says, it ‘reflects the lifestyle, tastes and values of the young, modern and cosmopolitan India’.

While there are clear roots in traditional Indian cooking methods and flavour combinations, these are paired with new techniques and seasonal produce from Europe.

“I uphold my core philosophy that food does not exist in a void; it’s not timeless and does not operate in a vacuum. My personal journey from a colliery near Asansol to Great Smith Street in Westminster has taught me that everything changes all the time. As a result I am always looking hard to evolve the food we cook, responding to new ingredients, techniques and influences to create menus & dishes that are mindful of Indian tradition but are always evolving, adapting, changing to keep in step with the times.” 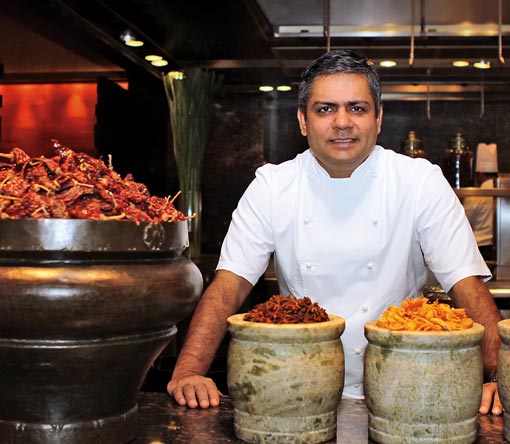 His first restaurant was such a great success that Vivek has since opened a City venue, Cinnamon Kitchen, in 2008 and Cinnamon Soho.

Vivek is also a prolific writer and has published six recipe books. Through his books, he aims to demonstrate that authentic Indian dishes are accessible to anyone, whether or not they have a background or experience in Indian cooking.

On 21 January 2015, Vivek received an honorary doctorate from the University of Warwick for his contribution to the development of Indian cuisine in the United Kingdom.

Vivek is actively involved with a number of charities, particularly those which promote education and self-development, such as Wooden Spoon, the Prince’s Trust and Action Against Hunger.

He has worked with Action Against Hunger since 2002, and for the past four years has been hosting an annual Diwali Charity Event in their aid.

Each year, he participates in the Curry For Change campaign, which aims to raise money for the charity Find Your Feet to help rural families in Asia and Africa fight poverty and injustice. He also strongly believes in training and growing talent from within his restaurants.

With a particular interest in helping and mentoring young people from deprived communities, Vivek will get stuck in wherever he can, whether it’s hosting a charity dinner, an awards ceremony or inviting local school children to his restaurants to experience the hospitality industry first hand.

The Cinnamon Club also host ‘a day in the life’ experiences with the Mosaic charity, where young students spend a day in the kitchens with Vivek to give them a feel for the heat of the kitchen.