Vineet is known for creating his very own, personal, innovative Indian cuisine. Being one of the first Indian chefs to receive a Michelin Star he proves that he is never afraid to follow his heart when it comes to cooking. 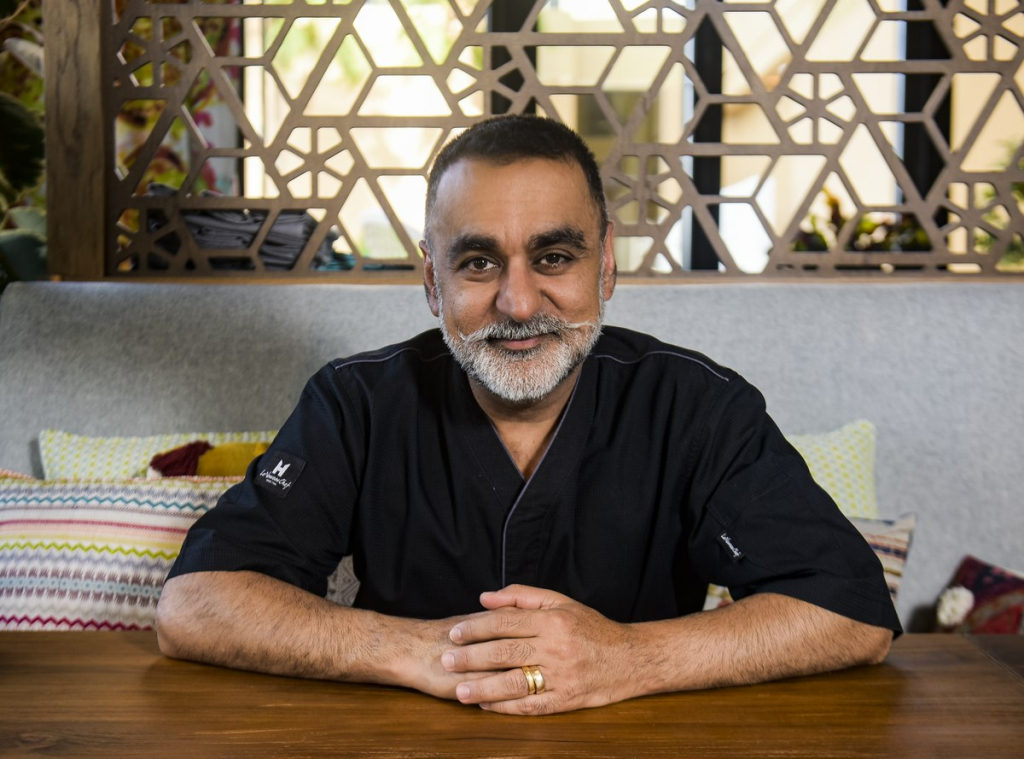 Vineet was born in 1967 and raised in Mumbai. He had early ambitions of becoming a pilot since a young age, growing up with daily sounds of planes flying into the nearby Juhu Airport.

At the age of 17, despite having passed the National Defence Exam to join the Air Force he failed the required physical test. After this failure Vineet turned to cooking, inspired by his mother’s passion for it.

He got early culinary inspiration from his mother, whom he describes as an excellent cook with a fantastic imagination.

“The wonderful thing about growing up in Bombay [Mumbai] was the eclectic influences all around you. It is a melting pot of culinary delights from all over the many different regions of India.”

Vineet went to Catering college, while he, following parental advice, also gained an economics degree. It soon turned out that this educational security wasn’t needed, when in 1988 he was recruited by the prestigious Oberoi Hotel as a trainee chef.

For the next three years he worked in their hotels in Kahjuraho and New Delhi, covering all aspects of Indian cuisine, while most of his peers were focused on the French culinary heritage.

“As a rule the cream of the class were absorbed into the French kitchens, but I stuck to Indian kitchens, much to the dismay of my seniors who almost threatened me to go French.”

Moving to the UK

After completing his training, he stayed with the hotel group and was appointed as an executive chef. But these traditional kitchens soon became too rigid for him, not allowing any freedom to experiment and develop his own Indian cuisine. After a couple of years he decided to leave for the UK.

He arrived in 1993 and his first position was at the Star of India in South Kensington, London. By the end of his first year he had made many changes to the menu, developing the style of food from the Anglicised curries of his predecessor to more authentic, epicurean delights.

In 1999 Vineet and his business partners opened Zaika, an Indian restaurant that was initially located in Chelsea, but soon moved to Kensington High Street. The restaurant specialised in cooking dishes such as Dhunga Machli Tikka (tandoori-smoked salmon with spices, mustard and dill) and Veinchinna Mamsun (spicy lamb masala, dry-cooked with bay leaf, peppercorn and cinnamon).

In 2001, Vineet was awarded a Michelin Star, making him one of the first Indian chef to receive such an accolade.

In 2004 Vineet realised his ultimate dream – a restaurant that he and his wife could call their own. It was located in Chelsea and gained Vineet his second Michelin Star in 2006.

His aim is to cook a modern, progressive Indian cuisine by combining traditional recipes with local British products. 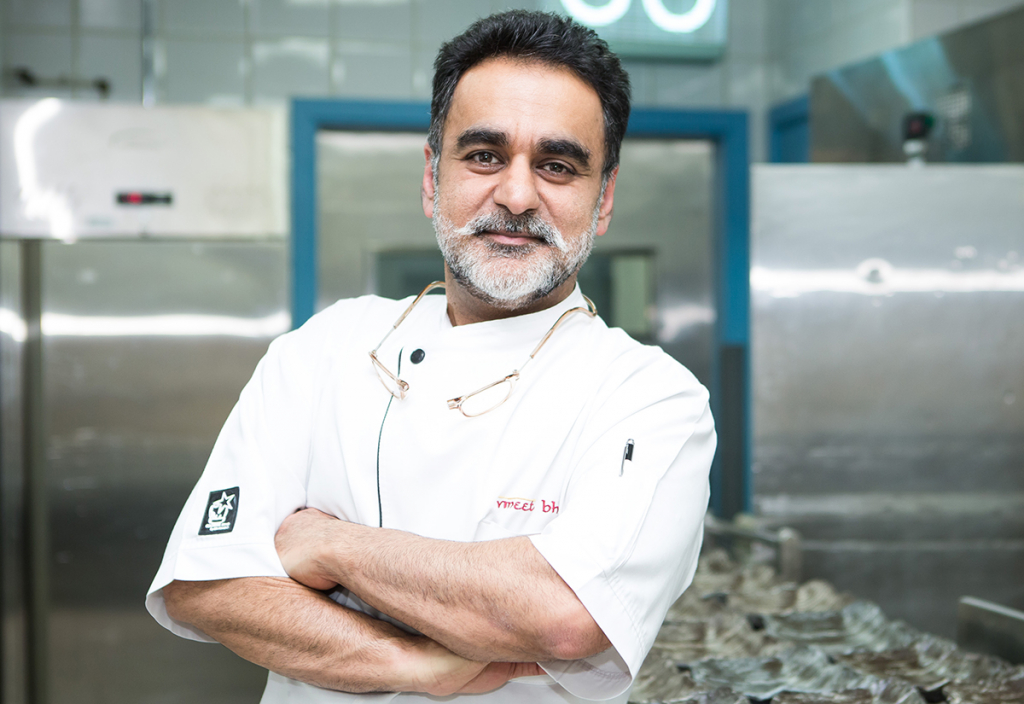 “The menu is very seasonal. We try and play by the seasons. My cooking is from my heart and from my mind. You can’t pigeonhole and say that it’s from south India or north India, it’s a blend of cuisine from within India, but we use local British products and we give them a new dimension.”

Vineet has now expanded his empire with executive consultancies and further branches in Moscow, Mauritius, Dubai and Geneva. In 2009, Rasoi by Vineet at the Mandarin Oriental, the Geneva outpost, was bestowed its own Michelin Star. With this award, he became only the second British chef to hold Michelin Stars in more than one country.