One of the most courageous and authentic Indian actresses, committed social activist, and a champion of women’s education and equality. Recognised not only by fans across the globe but also by the UN for her work as an UNFPA Goodwill Ambassador. This is Shabana Azmi. 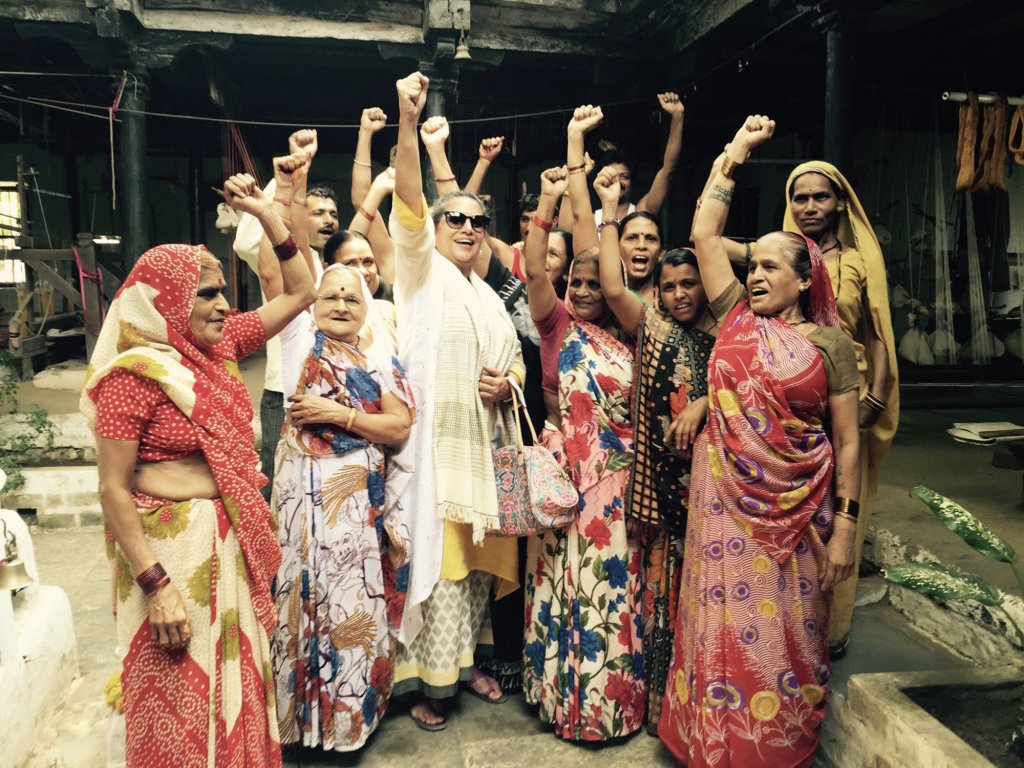 In solidarity with Chanderi weavers

Born to artistic parents, Shabana was only four months old when taken onto the stage by her theatre actress mother. The family could not afford to employ a maid to look after her, so she was strapped to her mother’s back and taken to rehearsals.

Her own debut on stage was at the age of three performing in the nursery rhyme ‘Hey Diddle Diddle, the Cat and the Fiddle’.

Her father was a poet and her mother a stage actress, and both were highly active in the communist party. As such, her home was often filled with people and activities of the communist party – often waking up to find members sleeping over from the previous night!

And whilst she may have initially found it frustrating:

“Growing up, I was so sick of politics – it was in the house all the time – I was proud of not reading the newspaper.”

This upbringing would help define the type of person she would grow to be:

“Until the age of 19, I lived in the Communist Party commune where eight families lived in 180 to 200 square feet of space. In that world, social justice was a given. We grew up valuing that.” 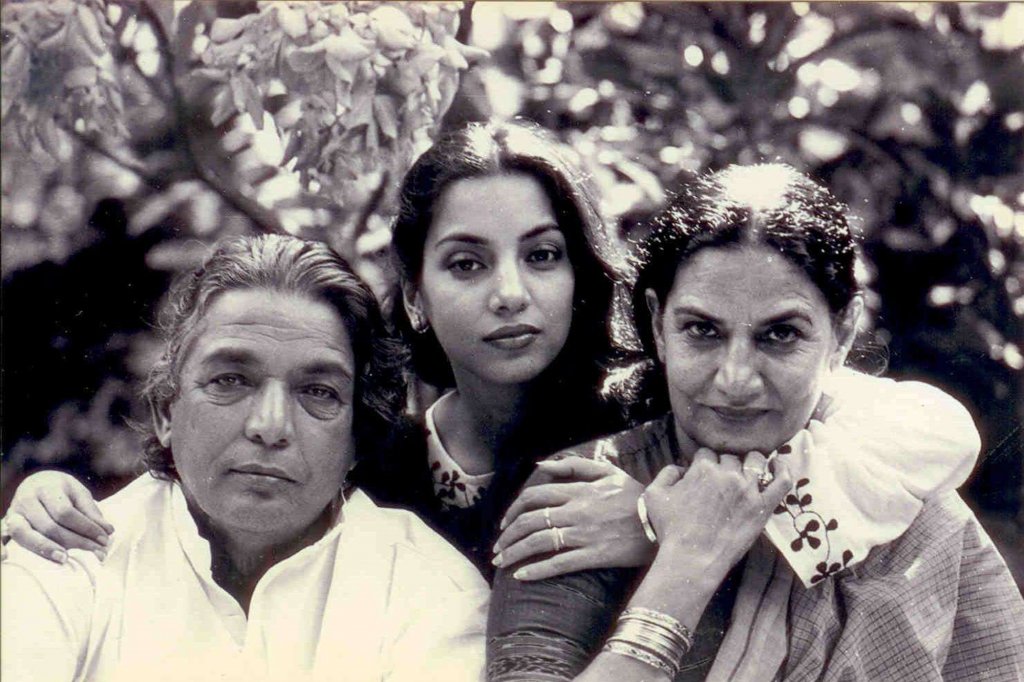 Her unconventional upbringing coupled with an education in psychology meant that Shabana wasn’t going to simply play the stereotypical roles expected of women. Instead she would go on to forge a career of playing challenging left-field roles, often in sharp contrast with her own lived experiences.

Her first film role was in fact that of a woman living in rural poverty in the 1974 film by Shyam Benegal (‘Ankur’ 1974). The film portrayed several social issues from child-marriage, the dowry system, casteism and adultery.

She wasn’t the first choice for the lead, but other more ‘age-appropriate’ women had turned the role down. So, Shabana was encouraged by the director to spend time in a village to shake off the urbanite in her and learn the mannerisms and movements that came naturally to the women.

“I grew up in a family that believed that art should be used as an instrument for social change.” 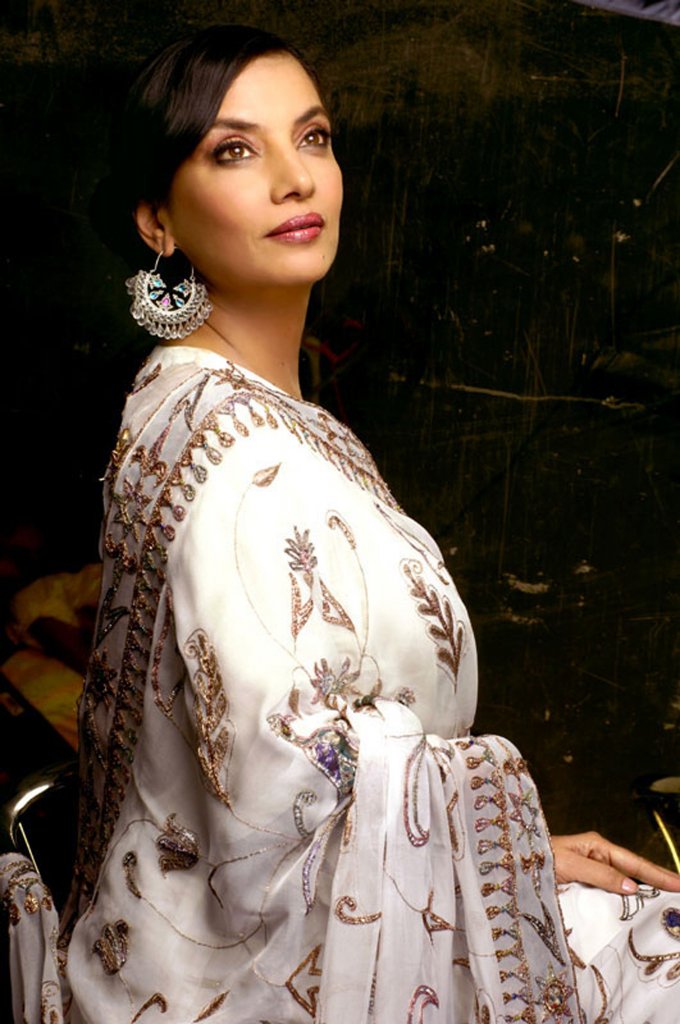 Despite the film (Deepa Mehta’s debut film ‘Fire’) going on to win several prestigious awards, the film drew controversy. Whilst Shabana welcomed the debate she intuitively understood that controversy is not an ideal way to view a film, as it caused the audience to start from a position of presumptions, rather than a clean slate.

“I grew up in a family that believed that art should be used as an instrument for social change.”

With her upbringing, it was inevitable that Shabana would venture into activism, often advocating on the behalf of those who are voiceless, and also advocating heavily for women’s rights. The call to activism hit her early. She recalls:

“In 1986, I had gone on a hunger strike with Anand Patwardhan rooting for an alternative land for slum dwellers. My mother got very nervous and told my father to tell me that, ‘what am I doing?’ He sent me a telegram that read: ‘Best of luck, comrade!'”

She opposed the Mumbai riots and forcefully criticised religious extremism. She has campaigned against ostracism of victims of AIDS, and subsequently has lent her voice to an HIV/AIDS education software.

Her activism carried over into film, where for a Bengali film named ‘Meghla Akash’ she played the role of a physician treating AIDS patients. 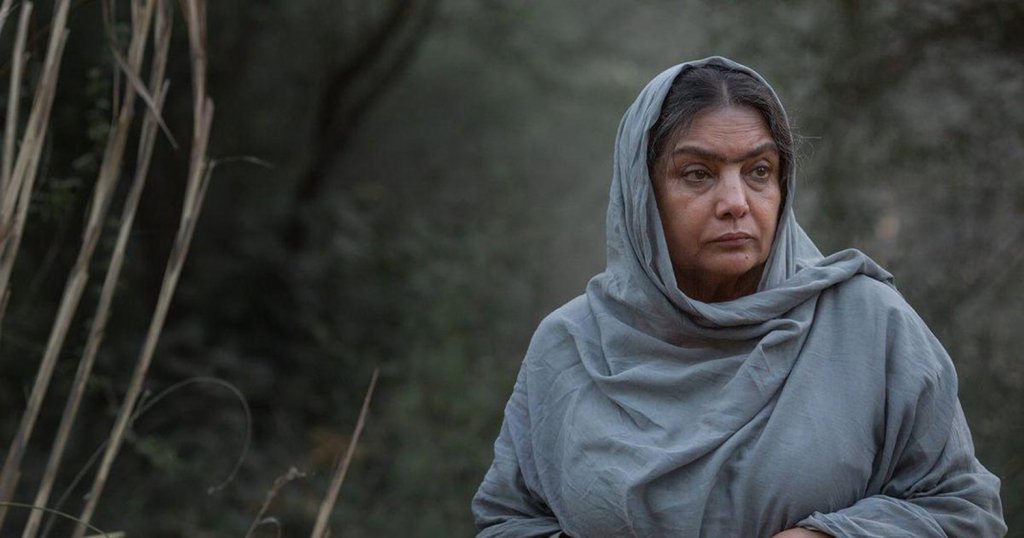 Shabana has acted in over 100 Indian films and is regarded to be one of the finest actresses in India. She has received a record of five National Film Awards, five Filmfare Awards, and was honoured among “women in cinema” at the 30th International Film Festival of India. In 1988, the Government of India awarded her with Padma Shri, the fourth highest civilian honour of the country. In 2012, she was awarded Padma Bhushan, the third highest civilian honour by the Government of India.

In appreciation of her life and works, the President of India gave her a nominated (unelected) membership of the Rajya Sabha, the upper house of parliament. 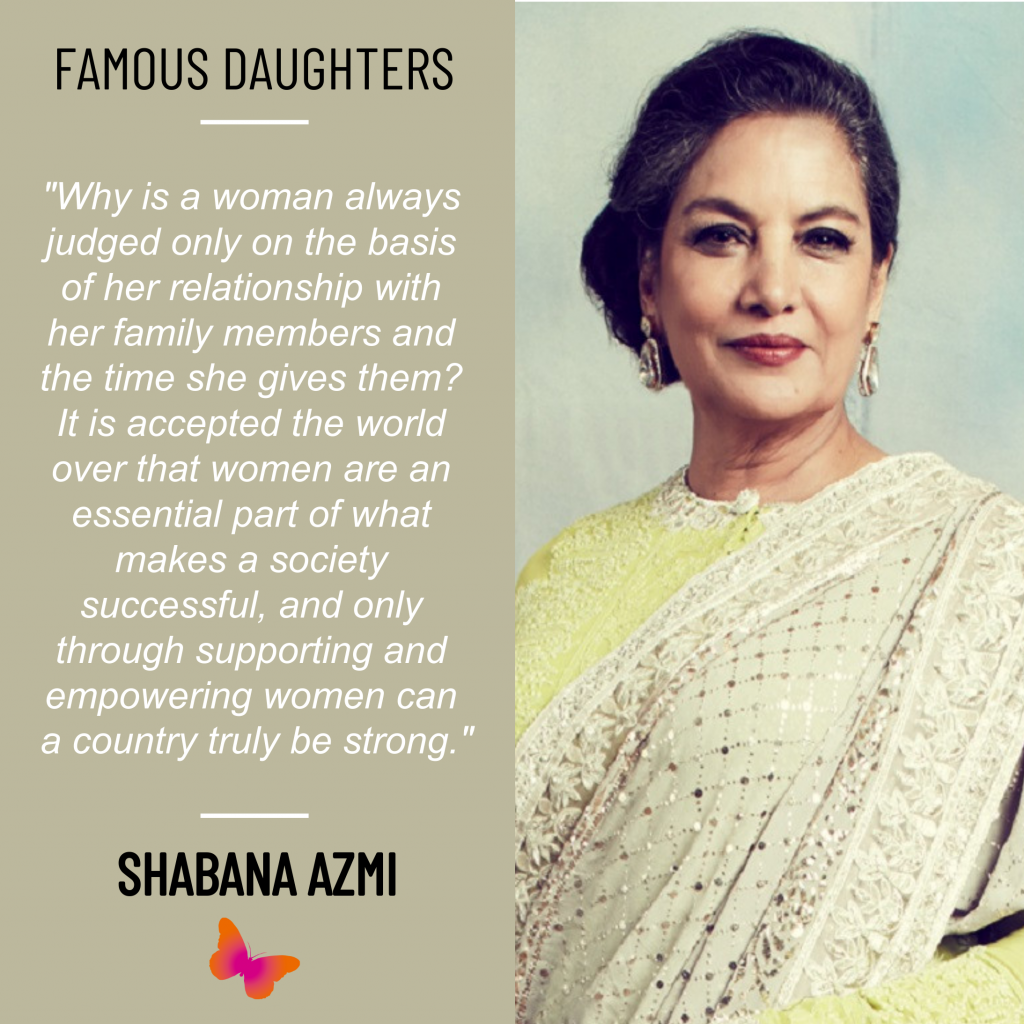