Secondary school Maths teacher turned stand-up comic and TV personality. This Sri Lankan is far detached from his heritage, but that’s likely his parents fault! Exploring everything from parenting to racism, heritage to veganism, all with his own brand of caustic sarcasm… this is Romesh Ranganathan. 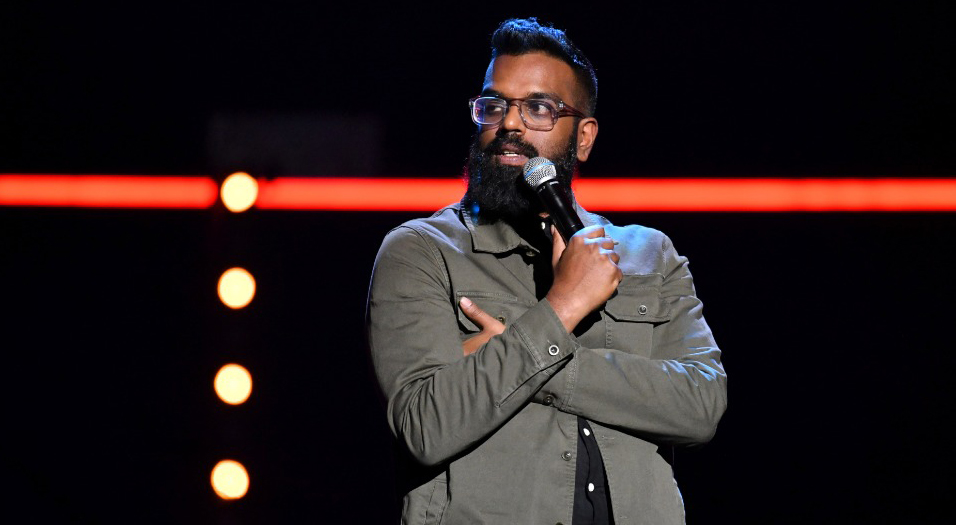 Romesh was born in Crawley, West Sussex to Sri Lankan Tamil Hindu parents. He has a younger brother, was raised as a Hindu.

An accountant who moved to the UK to study, Romesh’s father was indulgent and would give his two sons anything they asked for.

His first name, stated on Romesh’s birth certificate, is Jonathan. Romesh is his middle name. He did not find this out until he started school. During his live show, Irrational, he recalled that his parents explained to him that this was because they were concerned his name would otherwise sound too ethnic when applying for jobs as an adult.

Romesh studied mathematics at Birkbeck College, University of London. He taught mathematics at Hazelwick School in Crawley, and The Beacon School, Banstead, Surrey.

He was a freestyle rapper under the rap name Ranga, once reaching the finals of the UK freestyle competition.

Romesh started his career as a stand up comedian in 2012. He started presenting Newsjack on Radio 4 Extra in March 2014. He has been part of various TV shows, like Taskmaster and Would I Lie to You?.

His comedy deals with very personal topics like his family, his childhood and his own insecurities. He also jokes about what it means for him to be from a minority and how he experiences racism in his everyday life.

Although Romesh says that he identifies as British through and through and doesn’t speak a word of Tamil, in 2015 he decided that it was time to get in touch with his heritage. Together with his mum, Shanti, he launched the BBC series Asian Provocateur, in which they travel to Sri Lanka and learn about their ancestors.

“I am both excited and nervous to be exploring the country of my heritage. My mum has long been frustrated with my lack of cultural understanding, and I am looking forward to her finally telling me that she loves me.” 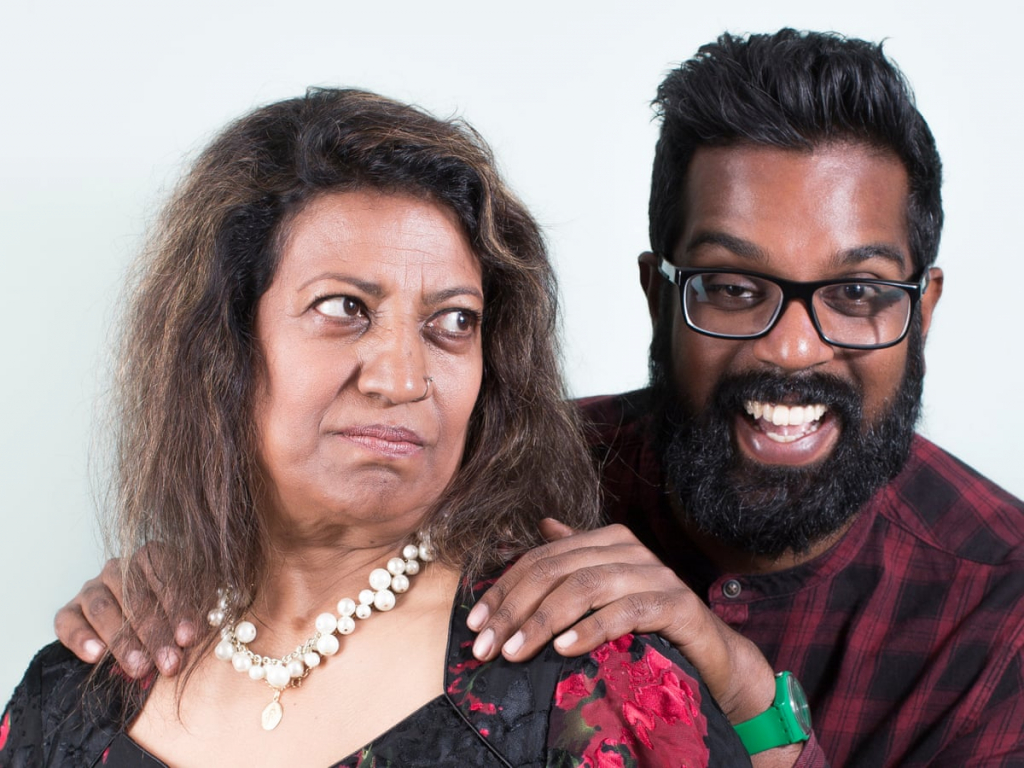 In 2018, Romesh joined Season 13 of A League of Their Own and starred in his own 10-episode docu-comedy called Just Another Immigrant, that follows him and his family on their move to the U.S.

He also starred in his own series The Misadventures of Romesh Ranganathan, where he travelled to rarely visited locations around the globe, with subsequent series aired in 2019 and 2020.