Southampton born Punjabi-Hindu whose childhood hero was Saints’ Matt Le Tissier. From helping his mum at a small pharmacy, to managing multi-million-dollar hedge funds, to then becoming the UK’s first Indian-origin Chancellor of the Exchequer. This is Rishi Sunak. 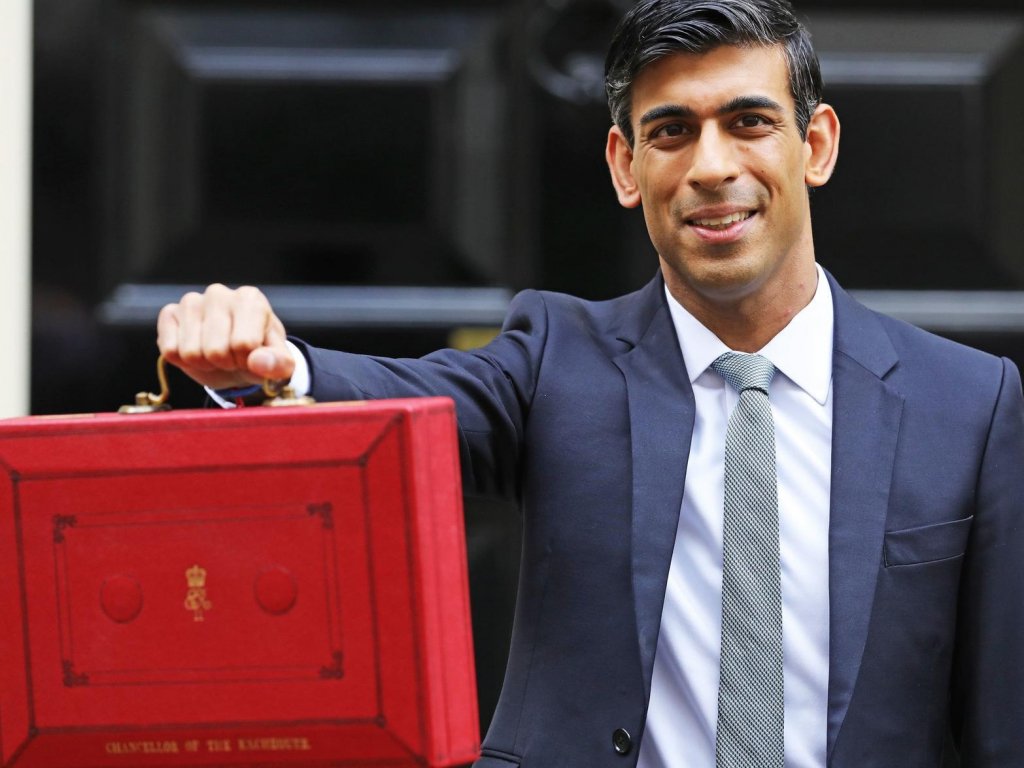 Born and raised in Southampton, the people who live on the street of his childhood home remember the small boy with jet-black hair, a ready smile and lovely manners who used to wheel around on a bike with the other kids.

His father was a GP (general practitioner) and his mother a pharmacist who ran a local pharmacy, which Rishi used to help out at.

“People would always stop and talk to me about my mum and dad, saying ‘Oh, you’re Mrs Sunak’s son, Dr Sunak’s son.’ And then they’d have some story about how my parents had helped them, or their parents, or children, and I thought that was amazing.”

He went on to study Philosophy, Politics & Economics at Oxford University, and then further to attain an MBA (Masters in Business) from Stanford University in America, where he went on a Fulbright Scholarship.

During his time at University he undertook a brief internship at the Conservative Campaign Headquarters. 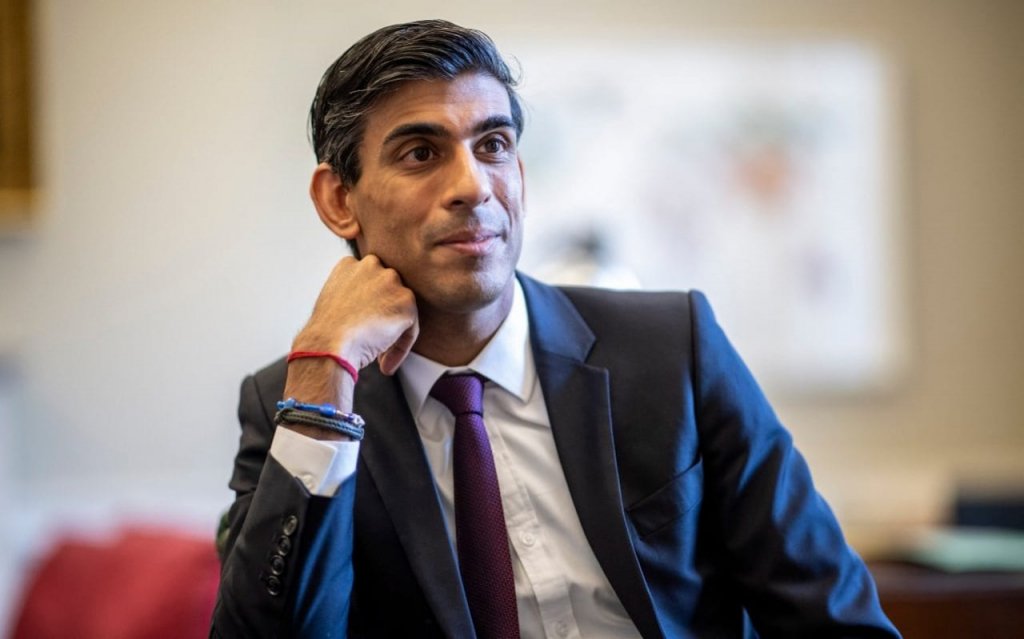 “In terms of cultural upbringing, I’d be at the temple at the weekend – I’m a Hindu – but I’d also be at the Saints game as well on a Saturday – you do everything, you do both.”

Soon after graduating, Rishi worked at Goldman Sachs as an analyst, and then worked for the hedge fund management firm, The Children’s Investment Fund, of which he became a partner.

He then went on to join a new hedge fund and also served as director of the investment firm Catamaran Ventures (owned by his father in-law, Indian businessman N. R. Narayan Murthy).

In 2014, things changed for Rishi. He was selected as the Conservative candidate for Richmond (Yorkshire), and at the same time he was head of the BME (Black and Minority-Ethnic) Research unit of the think tank ‘Policy Exchange’. At this time he co-wrote an enlightening report on the BME communities in  the UK, and he was elected as MP for the constituency – and then re-elected in 2017 & 2019.

In 2019 Rishi Sunak was appointed as chief Secretary to the Treasury. Those around him in politics referred to him as a ‘rising star’ and knew he had shown how able he was during the 2019 election debates. 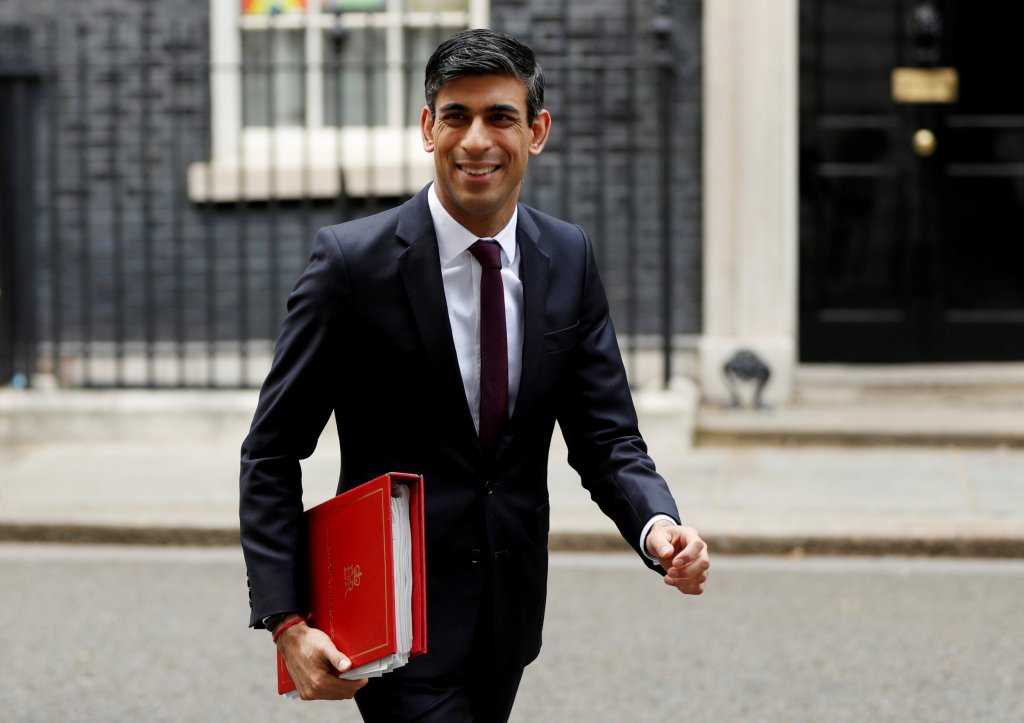 In 2020, following the resignation of his predecessor, Sajid Javid, Rishi was promoted to Chancellor of the Exchequer.

“From working in my mum’s tiny chemist shop to my experience building large businesses, I have seen how we should support free enterprise and innovation to ensure Britain has a stronger future.” 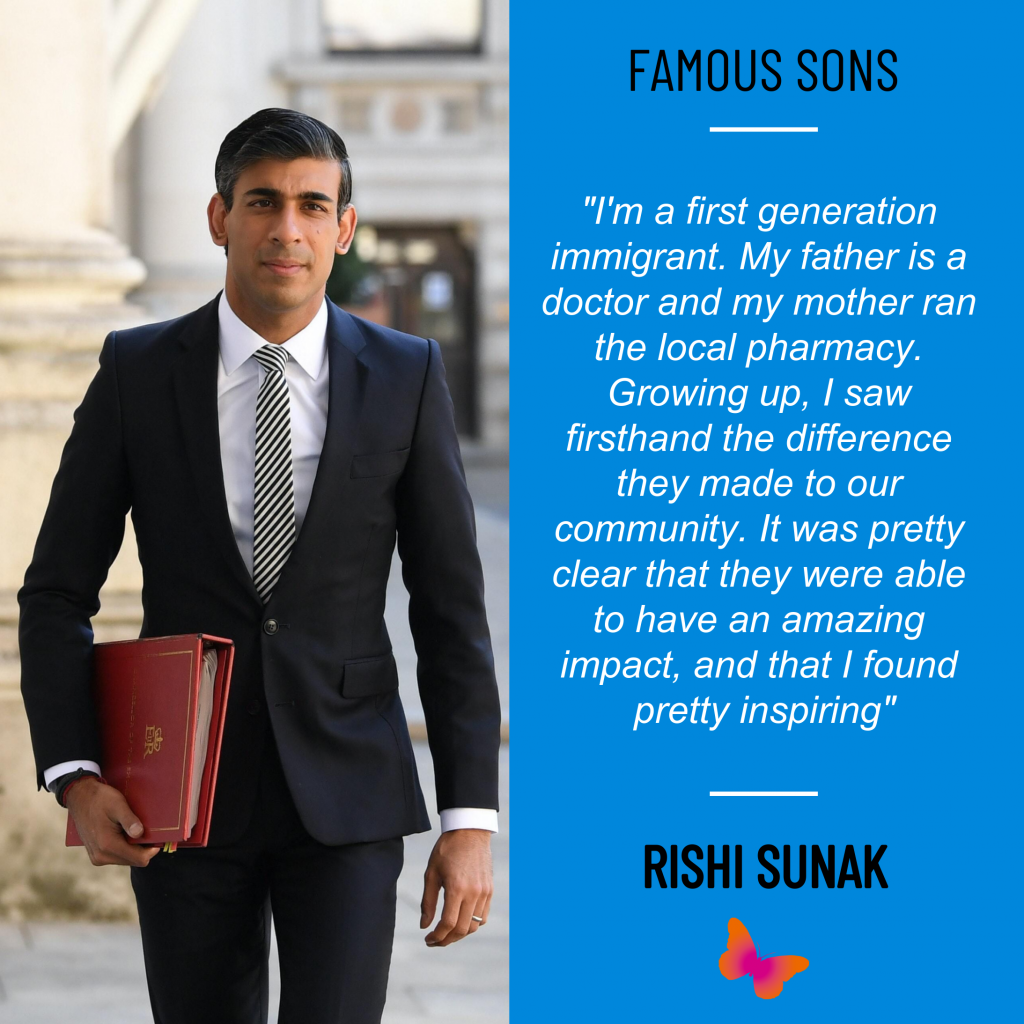