Bollywood to Hollywood, this international star blazed onto the big screen by accident. Even winning the coveted ‘Miss India’ and ‘Miss World’ titles were a surprise let alone making history by becoming the first Bollywood actress to appear in a leading role in a prime-time American TV-show, Quantico. This is Priyanka Chopra. 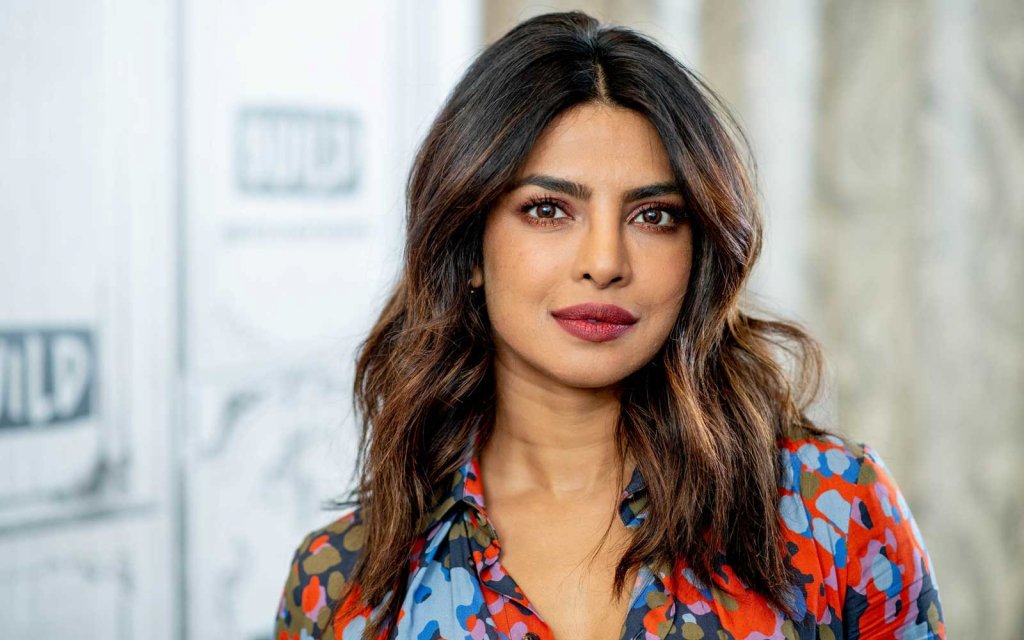 Priyanka was born on 18 July, 1982 in Jamshedpur, Bihar (now in Jharkhand), India to physicians in the Indian Army. Her parents were both military physicians and so growing up, her and her family moved around India a lot. For the most part, she enjoyed. At times she would visit her aunt and uncle in America and moved there when she was 13 to live with them and study in America. 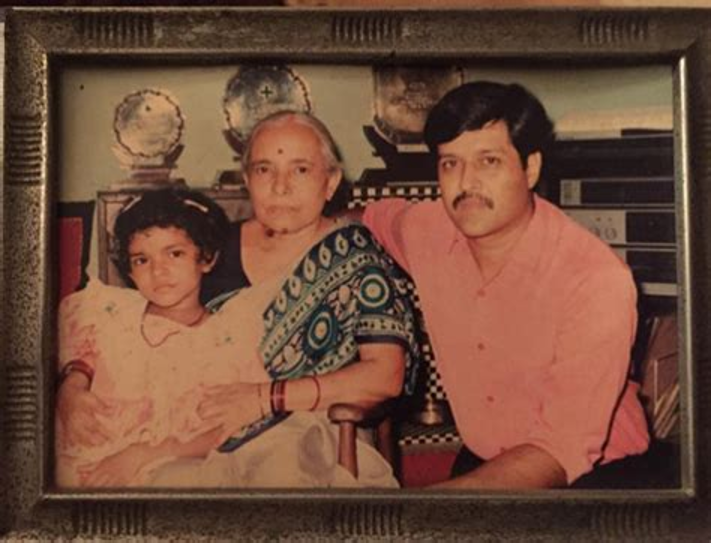 She had a varied education in India and the USA – disclosing that her main motivation to study in the US was to avoid school uniforms! During her time in the US she was aware that she was different. People around her, at school or on the TV did not look like her.

”One girl used to call me Brownie and tell me to go back to my own country. At lunch, I’d get a bag of chips from the vending machine and eat it in the storage room so I wouldn’t have to see her.”

Her aunt and uncle also moved around and so Priyanka changed school a few times. Whilst in the US she took part in school productions, studied music, and was on her way to study engineering and psychology. This all changed when her mother and brother put her forward for Miss World, taking the title in 2000. And with that, offers of a glitzier career path came her way.

Yet even then, after being crowned Miss World, it felt a little surreal.

“When I became Miss World, I couldn’t believe I had won it. I used to sleep with my crown because I was scared someone would steal it. In a minute, the world changed for me.” 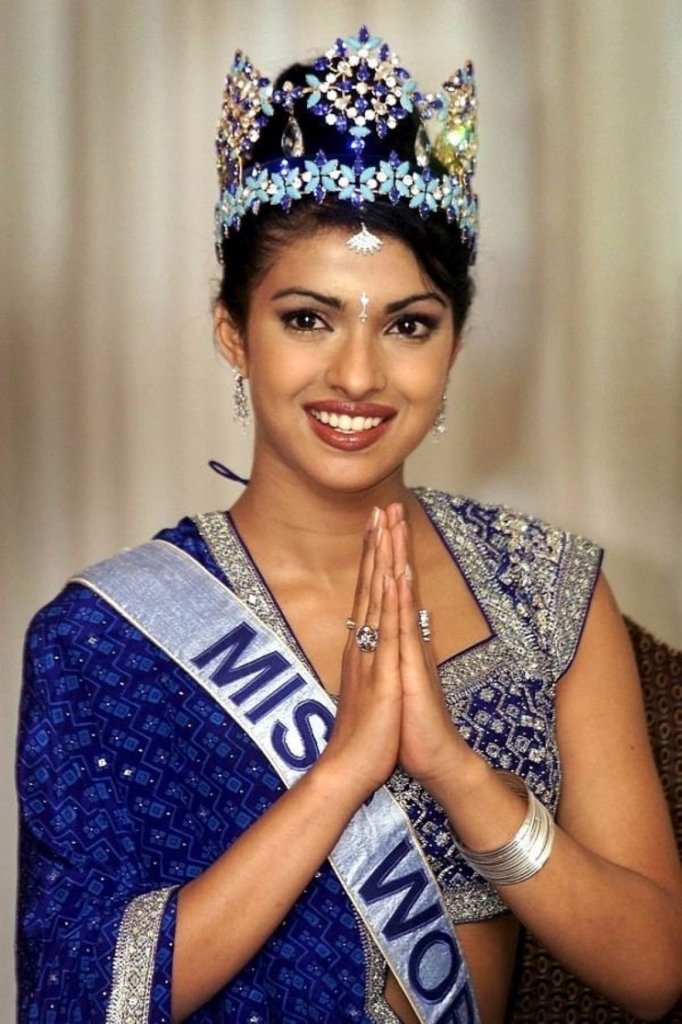 After winning Miss World the film roles came in from Bollywood where she was already becoming a household name. Her initial film roles were in supporting roles, but it was in 2004’s thriller ‘Aitraaz’ (by Abbas-Mustan) where received resounding critical acclaim. She was credited with bringing back the seductress to the silver screen, and The Hindustan Times cited it as the film that changed her career significantly. For this role she won her second Filmfare Award (the first being for Best Female Debut in 2003 for ‘Andaaz’).

Hardworking with a confidence that glows from this sassy, trailblazing actress it comes to no surprise that Priyanka grew in recognition for her variety of roles and talent. Soon she was receiving offers for work in America and leading to taking the main role in the tv-series ‘Quantico’. This made her the first South Asian actress to headline an American network drama series, and for her role she also became the first South Asian actress to win a people’s choice award. 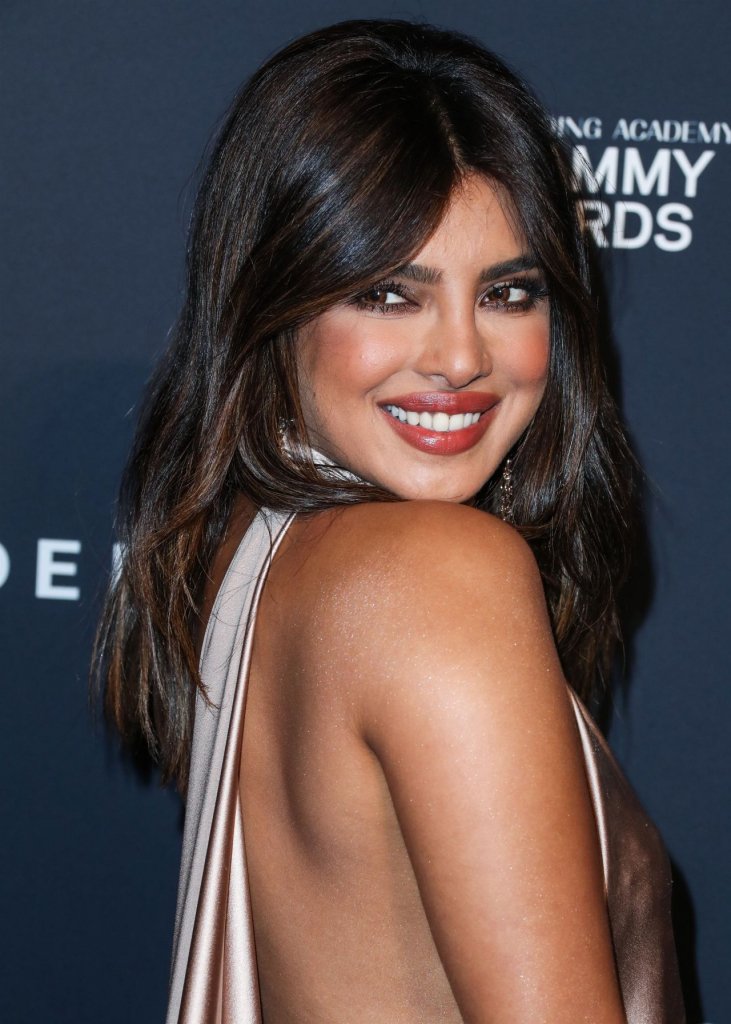 “Black, brown, white, yellow – why are we always talking about colours? I’m a girl. I believe in a global community.”

To date, she has received numerous awards, including a National Film Award, and five Filmfare Awards, and in 2016 was decorated with the Padma Shri, the fourth highest civilian award, by the Government of India. 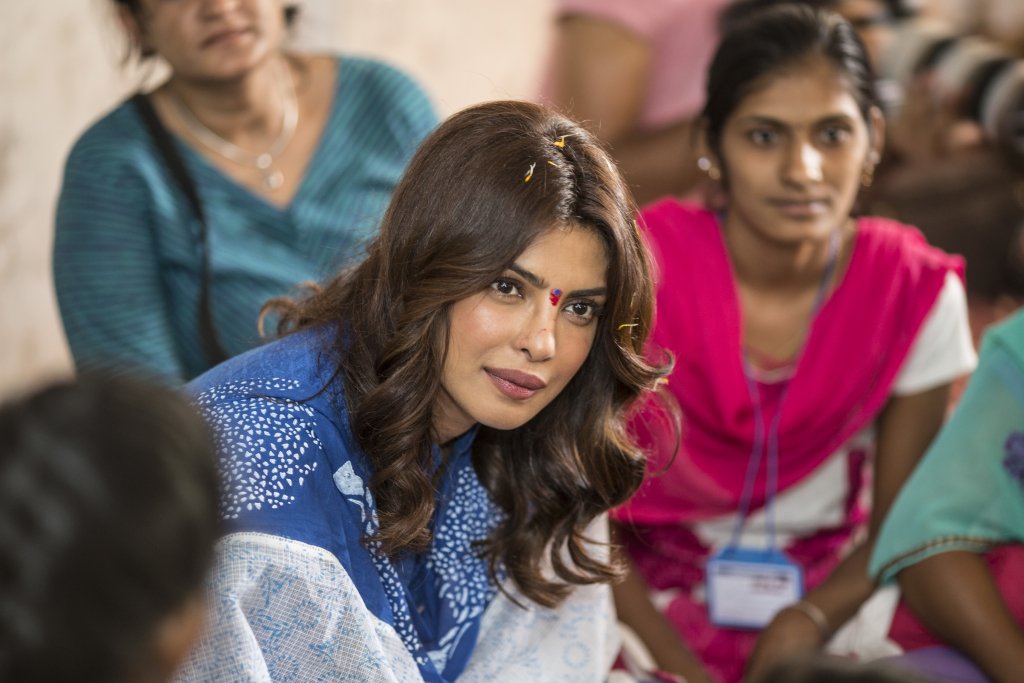 “To be a philanthropist, you don’t have to be Nelson Mandela. You just have to look around you and ask, ‘What little bit can I do? Whose life can I touch?’”

Priyanka has used her platform to support and promote social causes such as environment and women’s rights and she is vocal about gender equality, the gender pay gap, and feminism. She has worked with UNICEF since 2006 and has twice been appointed the national and global UNICEF Goodwill Ambassador for child rights (in 2010 and 2016).

She is the founder of her own production company ‘Purple Pebble Pictures’. The aim of the company is to produce small budget films and introduce and promote new talent within the Indian film industry.

Her own namesake foundation ‘The Priyanka Chopra Foundation for Health and Education’ works to provide support to underprivileged children in India. She donates ten percent of her earnings to fund the foundations operation and pays for education and medical expenses for 70 children in India, fifty of whom are girls. 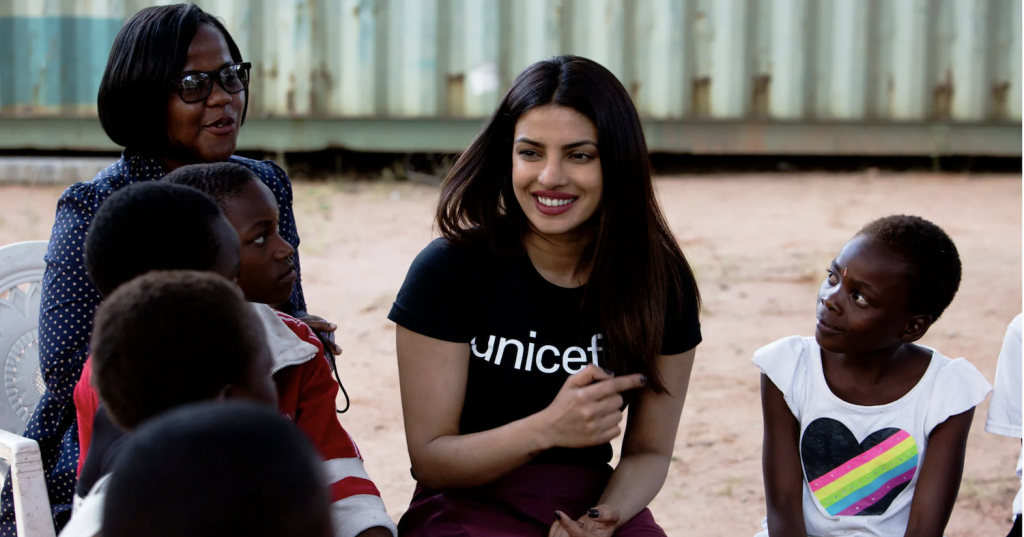 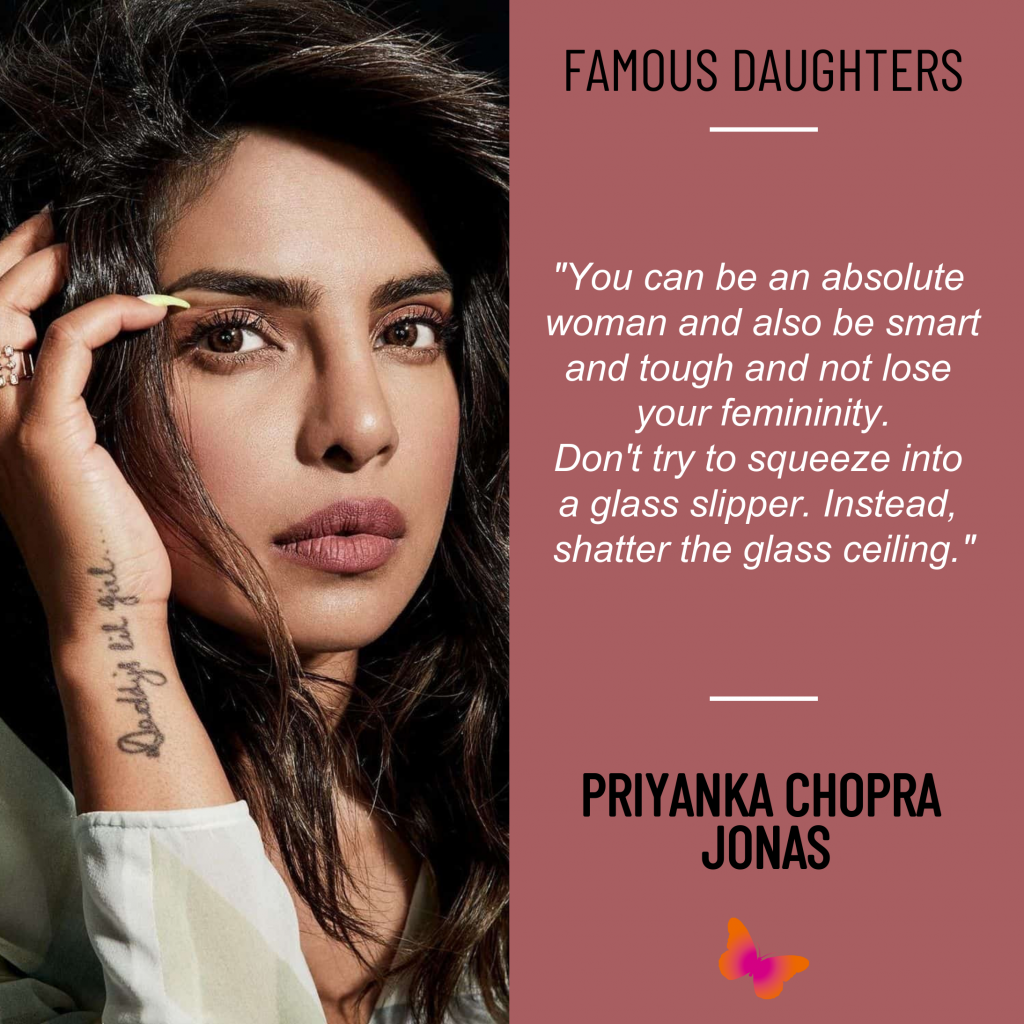