Pratibha Parmar is a British writer, director and producer of fiction, non-fiction and experimental film. She is known internationally for her political and often controversial documentary film work as well as her activism within the global feminism and lesbian rights movements.

Pratibha’s dedication in bringing complex subjects into mainstream media has helped change the contours of popular discourse on race, feminism, sexuality, and creativity. 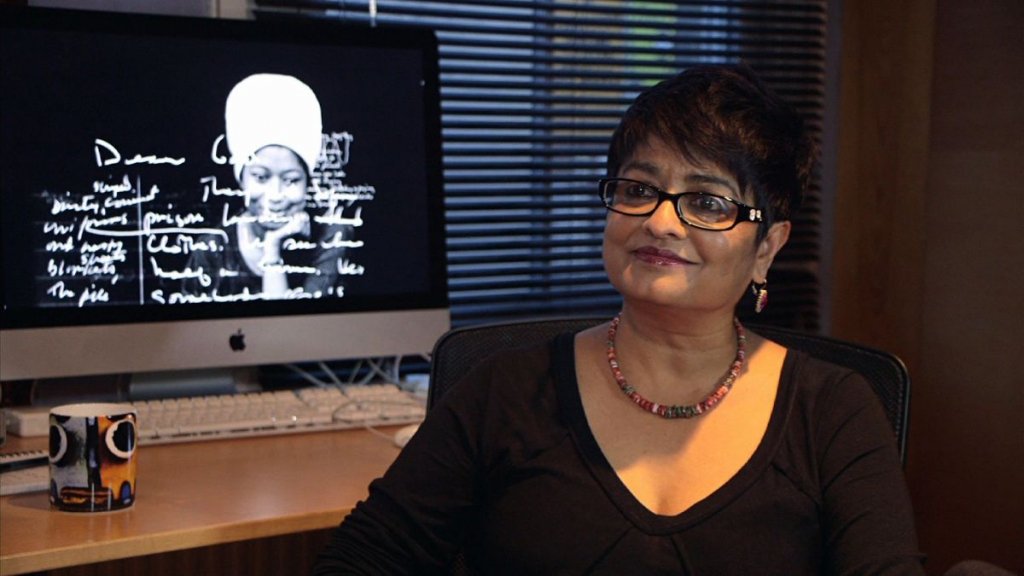 Born in Kenya, and of Indian decent, Pratibha and her family moved to England when she was 11 years old. Pratibha studied at Bradford University where she was awarded a BA Honours Degree and went on to do a postgraduate degree at the Contemporary Cultural Studies Centre at Birmingham University.

Pratibha’s work has been influenced by her working-class roots and a worldview influenced by her family’s status as having immigrated thrice on three different continents. In her work, she examines the intersection of race, class and sex in her work as both a filmmaker and writer.

‘’I come from a culture of audacious and imaginative storytellers. I read voraciously as a young girl and this opened up a deep desire to live a life differently to the one proscribed by my family and culture. I’ve embraced my outsider status as a gift that opens up pathways to untold stories.’’

Pratibha specifically uses the camera to benefit women worldwide. Focusing her lens on disenfranchised communities and peoples internationally, her contribution to worldwide humanitarian rights and education has been crucial.

Her works typically centre around the themes of gender, identity, LGBT issues, race, feminism, and creativity. Pratibha aims to narrate and depict untold stories and experiences of traditionally marginalised and underrepresented groups such as African-American women in the 1970s, survivors of female genital mutilation, and misrepresented gay communities in Southeast Asia. She has an exemplary track record for her passionate commitment to making films with integrity and illuminating untold stories with visual flair and imagination.

‘’I have always been compelled to tell stories of people relegated to the margins of mainstream culture.’’

Pratibha has been a Board member and is currently an active member of Women in Film and Television (UK), the Directors Guild of Great Britain, and a BAFTA voting member. In 2001, she founded Kali Films, a film and television production company creating feature films, documentaries and music videos. The company works with material and subject matter that is entertaining, thought provoking, intelligent and aesthetically stunning.

Pratibha has directed numerous award-winning films for BBC, Channel 4, ITVS, PBS and European broadcaster. Her work has also had theatrical distribution. Pratibha directed the ground breaking film KHUSH, one of the first films to give visibility to and highlight the experiences of LGBT people in India. 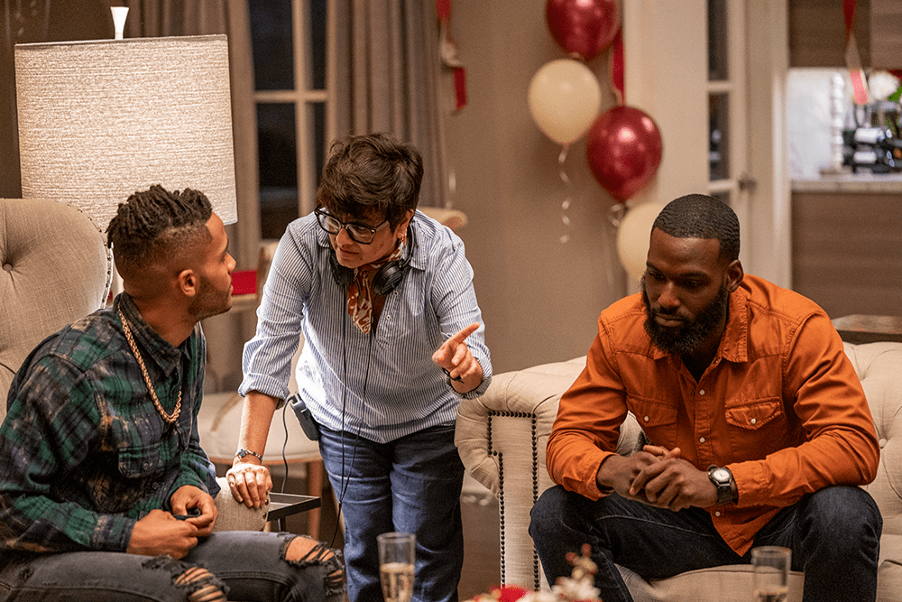 Pratibha Parmar on the set of season four of ‘Queen Sugar’

In 2020, Pratibha was selected as part of NBC’s pioneering Female Forward project, designed to promote female directors in the world of scripted television drama. She is the proud recipient of the Frameline Film Festival Award, presented to an individual who has made a significant and outstanding contribution to lesbian and gay media.

Currently Pratibha is Associate Professor in the Film Program teaching both BFA & MFA courses at California College of Arts. Parmar brings her vast experience of storytelling and extensive knowledge from her long professional career to the teaching environment, inspiring students to discover their unique artistic voices.