Raised in Rochester, Kent, faced with daily barrages of racism during his childhood, dealing with racism whilst in the industry, Nitin Sawhney turned all that negativity and channeled it towards an indisputable musical creative force. This is Nitin Sawhney. 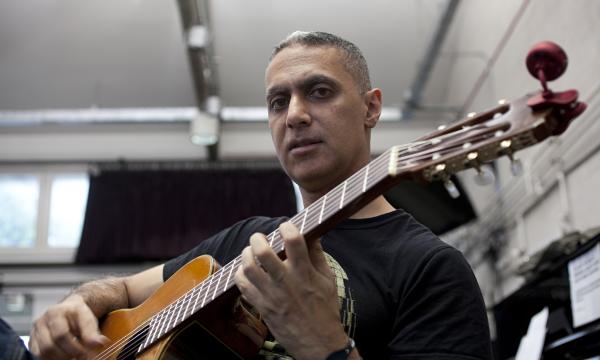 “There’s a phrase I always use: From oppression comes expression.”

Nitin Sawhney was born shortly after his parents arrival to the UK. His mother, Saroj, was an English teacher and his father, Anandeshwar, was a research Chemist. Nitin’s grandparents were creatives’ in their own right. His grandfather; a German Literature professor and poet (in both English and Hindi), and his Grandmother; a poet and Ghazal singer.

Though he was born in London in 1964, his parents moved to Rochester, Kent. Little did they know that their son, Nitin, would have to deal with much racism and bullying.

In the 1970’s the area in which Nitin lived was a predominantly white stronghold for the National Front. They regularly leafletted his school and once he was followed home by a man in a van shouting racist abuse at him. 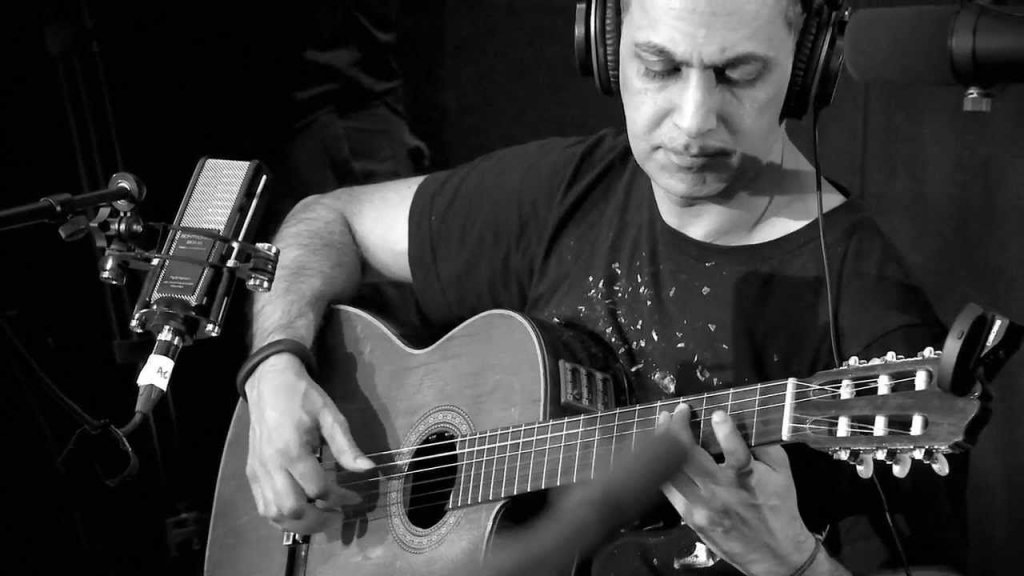 “I was attacked physically and verbally almost on a daily basis for quite a while when I was very young and so there is a part of me that has a bit of loathing for the person I was. I felt that person was a bit weak and pathetic and even now trying to get past those feelings is hard. But that negativity, that feeling of shame, actually drove quite a lot of my creativity at the time. I wanted to not feel that way.”

Yet whenever he could, Nitin escaped into music, studying piano, classical and flamenco guitar, sitar and tabla.

If the NF were stalking him outside school, inside school was possibly just as confusing. He was deliberately kept away from music at the Sir Joseph Williamson Mathematical School by a teacher.

“I don’t want to go into it too much, but there was one particular teacher who banned me from the school music room for six years after he found I was playing a classical Indian raga on the piano in the practice room.”

The teacher asked him where the sheet music for the piece was and when Nitin replied that there was none, he told him it could not then be music and ordered him out.

Of his childhood Nitin has said that he received so much racial abuse that he began to think it was normal Asian people, and that it was only when he was older, that he realised he could change things.

Nitin Sawhney went on to study Law at Liverpool University but then transitioned to Hatfield University (Hertfordshire) to study accountancy. There his roommate was Sanjeev Bhaskar, and together they would go on to create a raido programme that would become the first iteration of ‘Goodness Gracious Me’.

“Doing the Secret Asians as a duo with Sanjeev got me noticed, but all that while, I was still a closet musician, awaiting the break – I was recording with bands and making as much music as possible, as the music I make tends to be a reflection on my thoughts and life at that given time.”

Acting in 'Goodness Gracious Me' 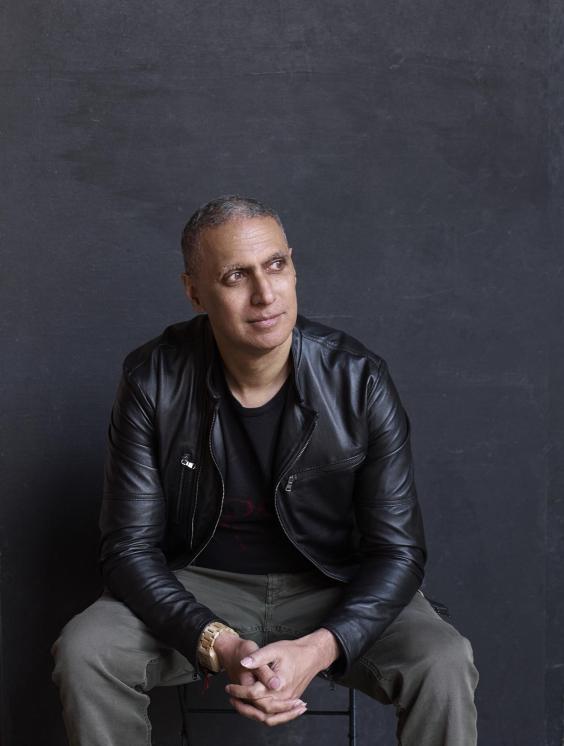 “Being known for the ‘Asians having an English meal’ clip in Goodness Gracious me, it propelled me to the limelight, from being a person who shied away from crowds; I gained a semblance of confidence to begin to put my music out.”

Since leaving education and becoming a musical force of nature, he has received 6 honorary doctorates from British Universities, is a fellow of the Liverpool Institute of Performing Arts (LIPA) and Southbank University, and an associate of Sadler’s Wells.

To paraphrase The Guardian, “… it is easier to list what Nitin Sawhney has not done that what he has!”. His musical work has penetrated almost every creative sector; film, television, radio, games, theatre, and dance.

Nitin Sawhney is one of the first Asians to play the Jazz stage at Galstonbury. He has won MOBO awards, Radio 3 awards for world music, worked for the Birmingham Symphony Orchestra, written plays for the National Theatre, judging the BAFTA’s, playing at the Royal Albert Hall, and working within the arts and education sectors to teach, and act as a patron to numerous film festivals, venues, and educational institutions.

As a producer, orchestrator, composer, and musican, Nitin Sawhney has worked with everyone from Paul McCartney, Sting, A. R. Rahman, to Brian Eno, Shakira, Joss Stone… The list truly goes on.

To think, his demo’s were once outright discarded from record companies based solely on hearing his name, saying; “We don’t do Bhangra music.” 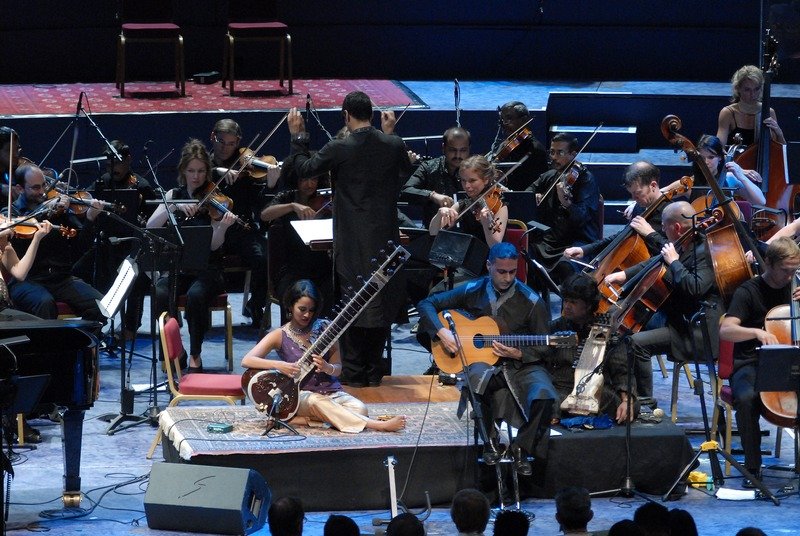 “[Music] is my language, the language I speak. I’ve spent a lot more time playing music than talking or writing.”

Since 1998, Nitin Sawhney has continually won awards for his work in, and contributions to, music (multiple awards almost annually).

In 2017 he recieved an Ivor Novello Lifetime Achievement award. 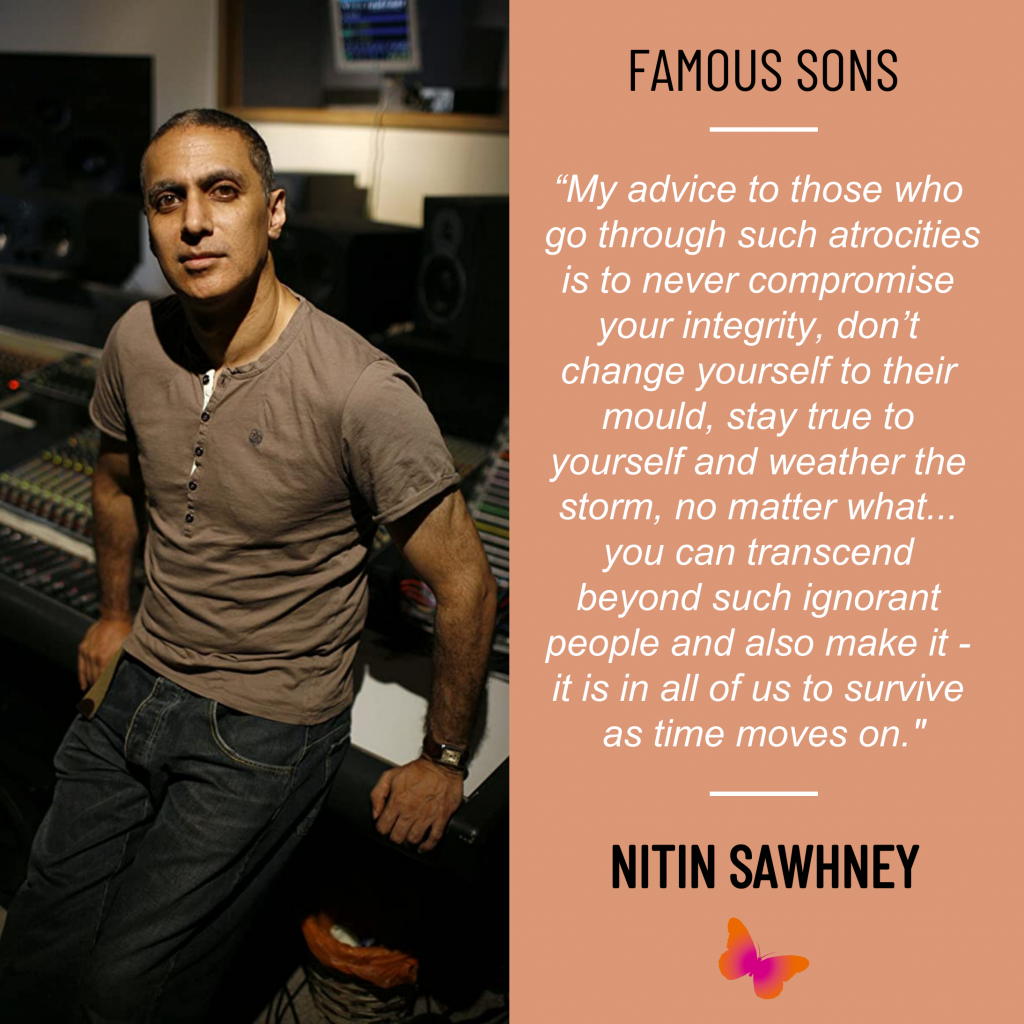