Celebrated and groundbreaking rapper and artist. Unapologetic. Controversial. Fierce. Dyslexic. Migrant. Refugee. And then given an MBE? This is M.I.A. 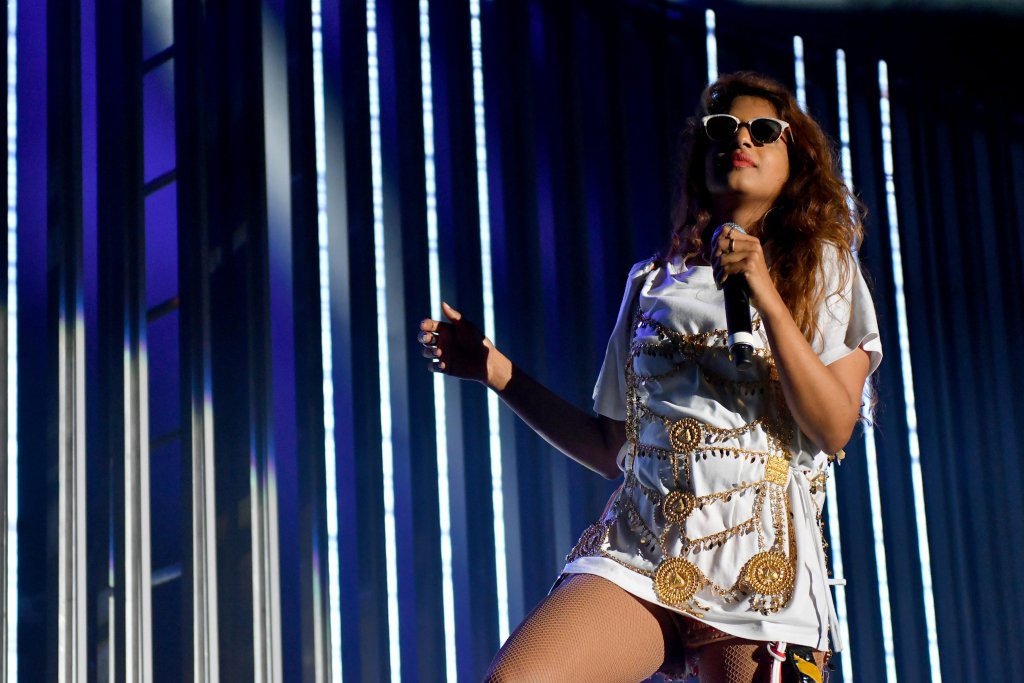 “I don’t think immigrants are that threatening to society at all. They’re just happy they’ve survived some war somewhere.”

Born in Hounslow to Sri Lankan Tamil parents, Maya and her family moved to Jaffna in northern Sri Lanka when she was six months old. The first 11 years of her life were marked by displacement caused by the Sri Lankan Civil War. Her father, an engineer at the time, went on to become a political activist and as a result her family went into hiding from the Sri Lankan Army, with Maya having little contact with her father during this time.

Along with her siblings and mother, they returned to London as refugees. Her father joined them later on. Whilst in London, Maya’s mother worked as a seamstress for the royal family and raised Maya and her siblings.

Maya began her career in 2000 as a visual artist, filmmaker, and designer in West London after graduating CSM / before beginning her recording career in 2002.

She became a friend of Damon Albarn and through him she met Justine Frischmann, whom she lived with, and would appear as co-writer on M.I.A’s debut album ‘Arular’ (named after her father).

These formative years and early strong relationships would go on to forge the voice that is M.I.A.

Often preferring the term artist to rapper, M.I.A also designed the ‘Uniform of the Refugee’, which  she describes as her own style – tattered garments, stitched with larger fabrics, often a baggy top with short shorts. 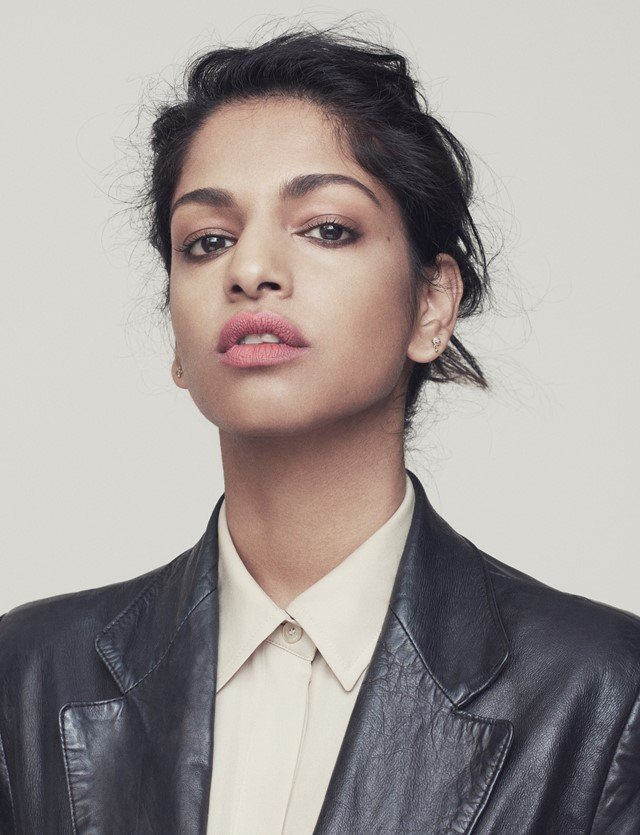 “I named my first album after my dad because I wanted to find him. My second album was named after my mom because I felt like I learned all my creative talents I learned from her. All the survival stuff, too. And then the next album is ‘Maya,’ which is not my real name. It’s fake.”

M.I.A was one of the first acts to come to public attention through the Internet, and rose to prominence in early 2004 for her singles “Sunshowers” and “Galang”.

She is the first person of Asian descent to be nominated for an Oscar and Grammy award in the same year.

She co-wrote the song “Give Me All Your Luvin'” with Madonna and Nicki Minaj for the album MDNA and performed it at the Super Bowl XLVI halftime show. Controversially, instead of singing the lyric “shit” in the song, M.I.A. extended the middle finger to the camera. The N.F.L. responded by filing a lawsuit suing M.I.A. for millions in damages and demanding a public apology from M.I.A.

M.I.A. has been the muse of designers Donatella Versace and Bartley and photographers Rankin and David Bailey.

She has been continuously praised for her ability to transform such a “disadvantage” into a creative form of expression, and in 2019 she was awarded an MBE (Member of the Order of the British Empire) for her services to music.

“I feel like a mirror reflecting back everyone’s perception of me.” 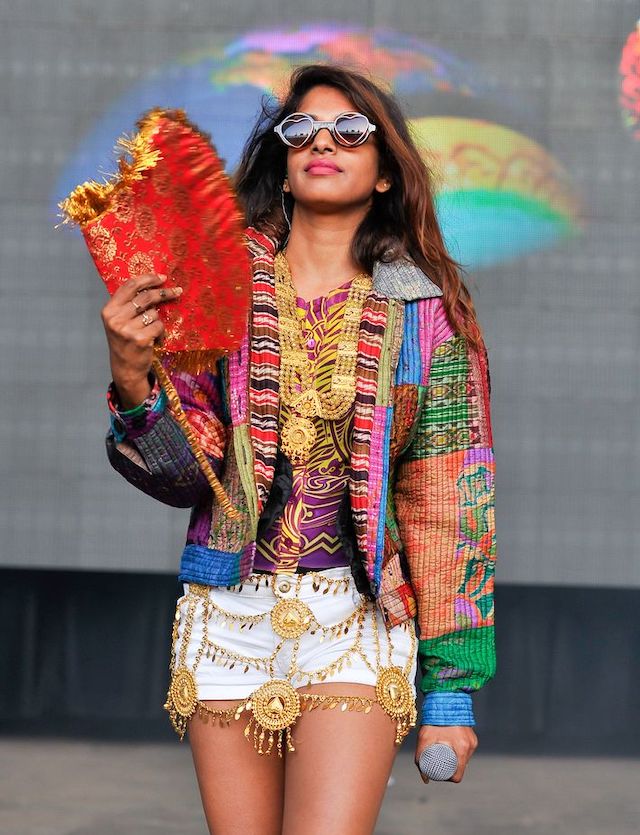 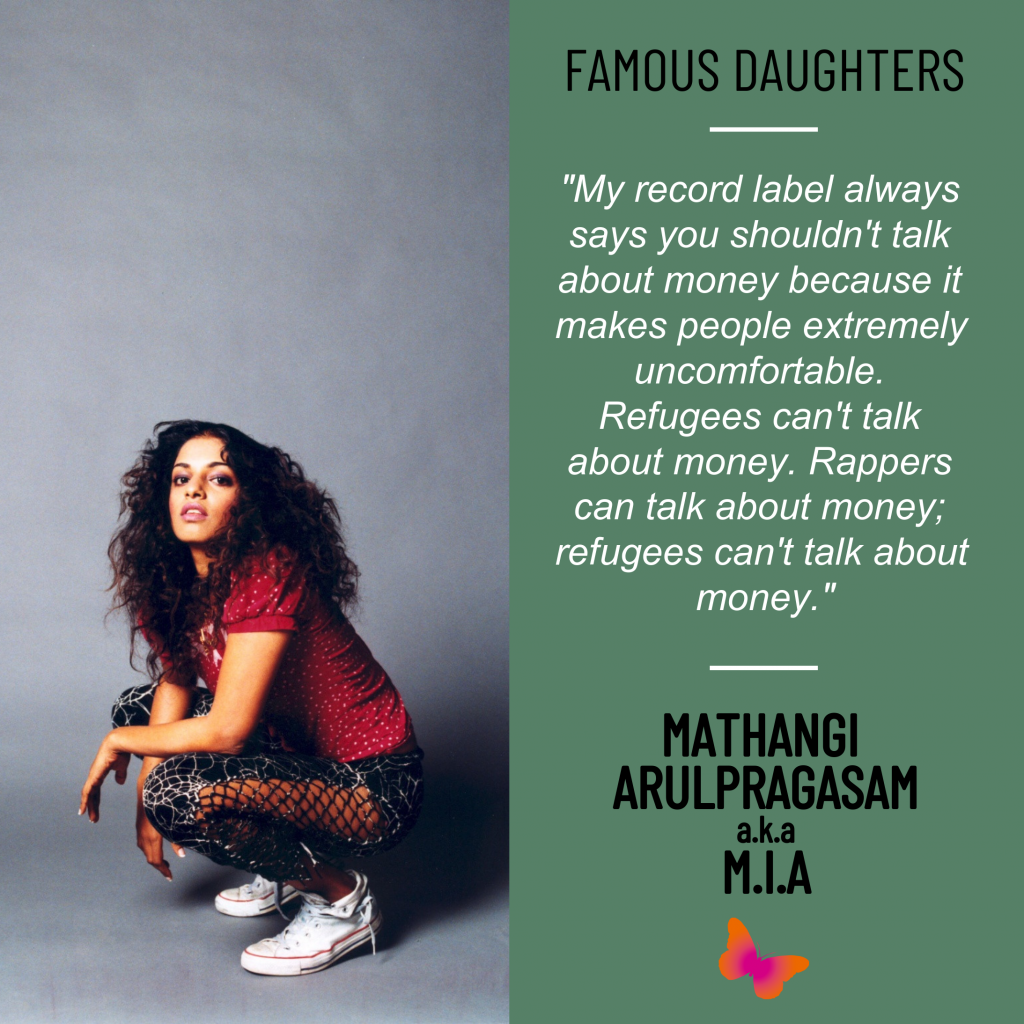