Then: Born in a small town in the Thar desert and raised in the modest concrete house his grandfather built. Now: One of the wealthiest individuals on earth, living in London as Britain’s richest “non-domiciled resident”, part owner of Queens Park Ranger F.C., and family man. This is Lakshmi Mittal. 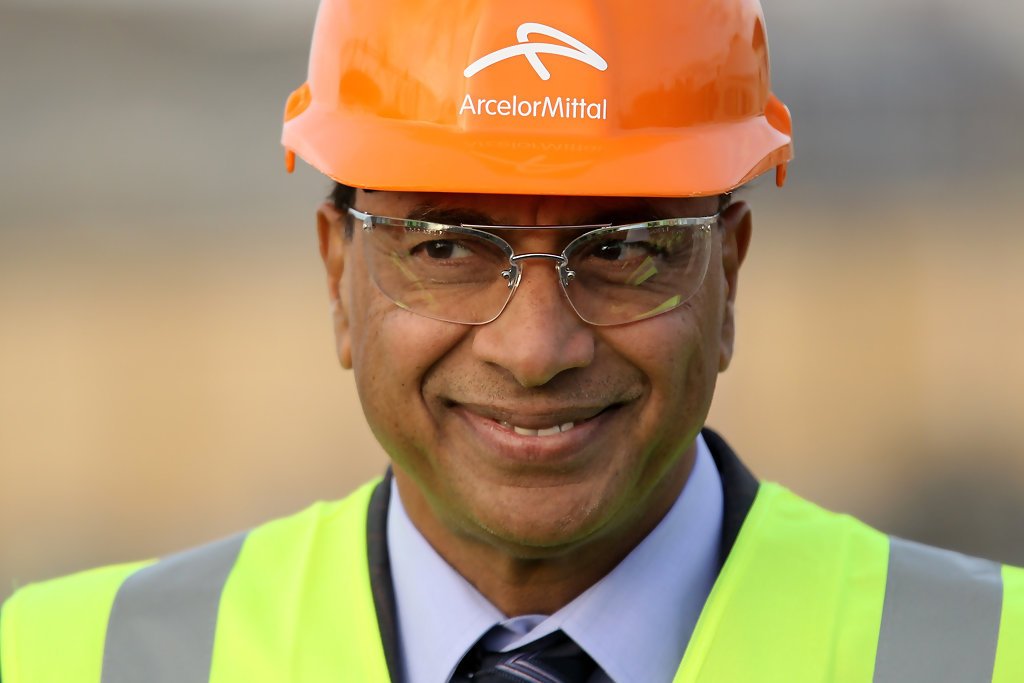 “It’s true that I run a multi-national group but I have no interests in India. So please tell me, what should my identity be?”

Lakshmi Mittal was born in 1950 in Sadulpur, Rajasthan. A town of 80,000 people in the Thar desert. A place with no electricity and no water.

The people of that region are called ‘Mawari’, and Mawari have a strong sense of family. They believe in family-owned companies, with children, brothers and son-in-laws all mucking in to run the company – a trend that would continue into his own personal business ventures many years later.

When he was six, his father became a partner in a small steel company and his family moved to Calcutta (now Kolkata) in Bengal.

Growing up in Chitpur, a poor northern suburb of Calcutta, trams would roll past outside the windows at 5am and in the rainy seasons, the streets would flood but schools would stay open, and so Lakshmi and his siblings would walk through water to get to lessons.

It was here that the industrial Mawari families of India would thrive, as many moved to make their fortune. Of this time, Lakshmi’s father, Mohan Lal, says that “Bengalis wanted to enjoy the easy life… [and] Mawaris came from Rajasthan and had nothing to eat.”

“My father is the man I admire most. I really got inspired by his hard working, his caring for the family, guiding everyone. [He used to say] Accept challenges. Don’t get scared by new prospects.” 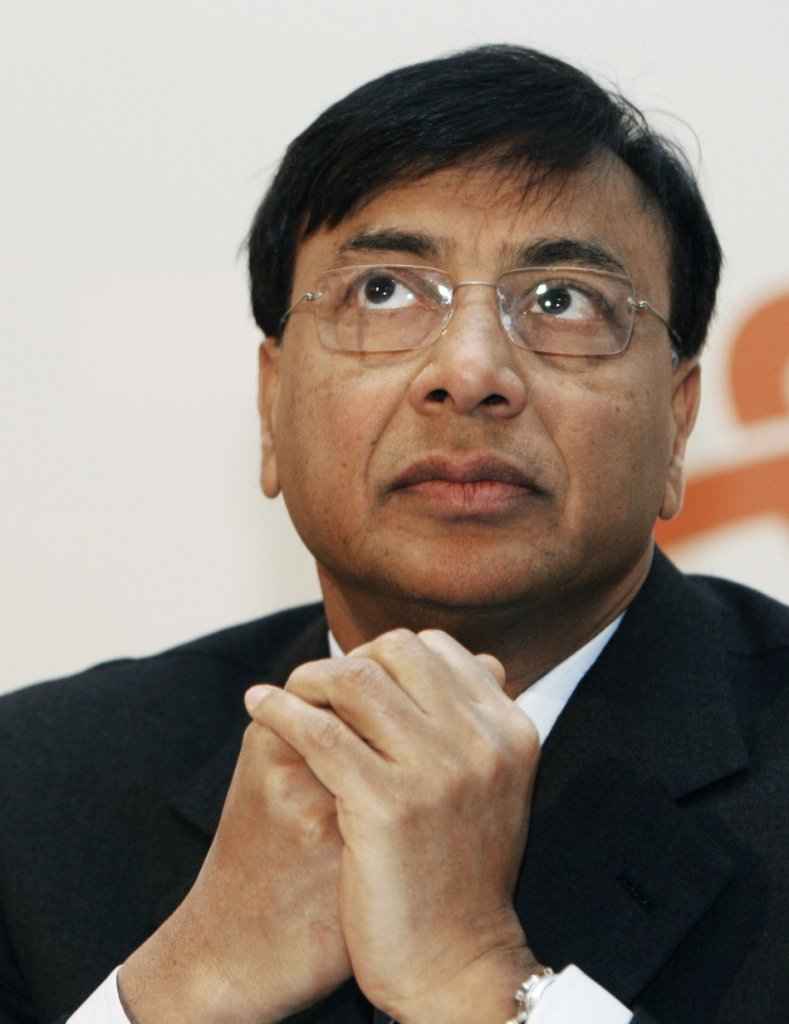 Despite finishing top of his class in his Hindu school, the principal felt that he would not fit into an English college. For Lakshmi, his mind was set on St. Xavier’s College (affiliated with the University of Calcutta), from which he graduated with First Class honours.

He must’ve mad quite an impression as immediately after graduating he was given a job teaching accountancy at St. Xavier’s. The only thing that prevented him from taking the job was when he found out that the job started at 6am. Feeling he had already had enough 6am starts whilst studying, he instead opted to join his family’s small steel business full-time, at the he age of 19.

A few years later, the Indian government was curbing Indian steel production, and Lakshmi, now 26, ventured out to establish the business’s international division in Indonesia.

From Indonesia, Lakshmi grew the moderate business of his family into a global steel giant, spanning across 14 countries and employing more that 150,000 people.

This act made him the first Indian to make his fortune outside of his own country.

In 1989 he purchased the sate-owned steel works in Trinidad and Tobago, and within one year turned them from operating at a heavy loss into a profitable venture.

From 1995 Lakshmi continued in growing his own assets considerably, taking over steel plants globally; Ireland, Mexico, Kazahkstan, Romania, Poland, and then through a hostile takeover bid for ‘Arcelor S.A’ ( at that time, the world’s largest steel producer), in 2006 he obtained control of steel assets in France, Luxembourg, and Spain.

He renamed the company ‘ArcelorMittal’, and in doing so became topped the Sunday Times Rich List for the next 6 years.

In 2008, according to the Forbes billionaires list, Lakshmi was the fourth richest person on the planet. 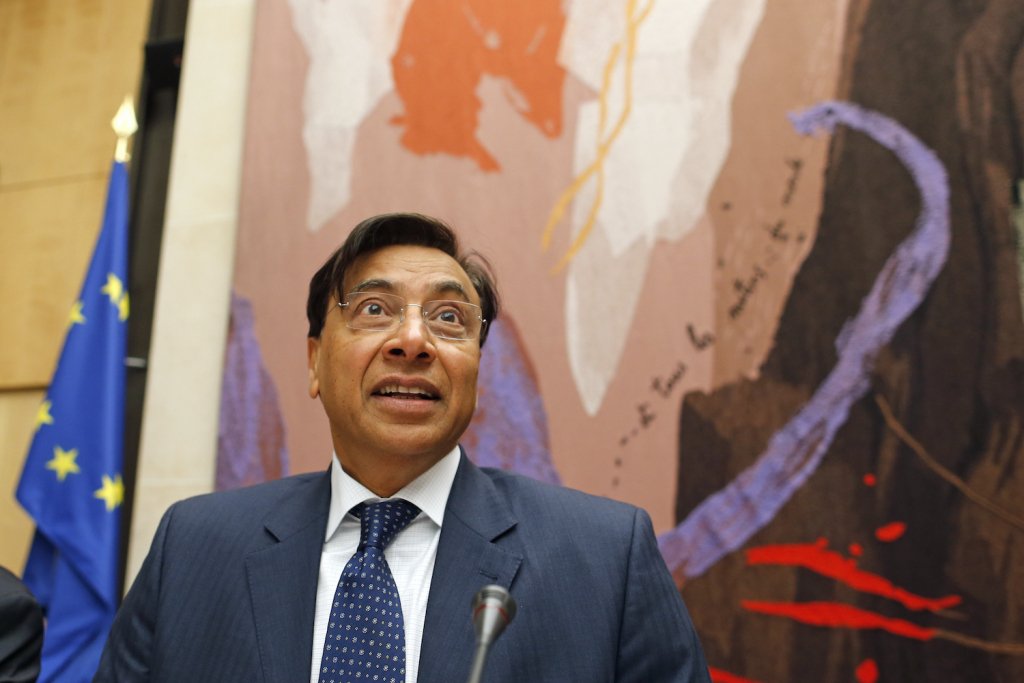 “I am proud to be Indian, I have an Indian passport, but I regard myself as a global citizen. … It’s true that I run a multi-national group but I have no interests in India. So please tell me, what should my identity be?”

True to Malwari tradition, Lakshmi has kept his family close. His fathers small steel company was ‘Nippon Denro Ispat’, and his subsequent acquisitions all took ‘Ispat’ within their names.

When his son,Aditya Mittal, left to attend Wharton Business School in America, Lakshmi was too distressed to see him off at the airport. And when Aditya returned in 1997, Lakshmi put him in charge of mergers and acquisitions within his own company.

His critics accused him of nepotism, but to Lakshmi, it was natural for children to support the family business, and his critics were put to rest when Aditya earned the respect and praise of his colleagues.

His son now sits as the CFO (Chief Financial Officer) of ArcelorMittal, and his daughter, Vanisha, is also on the board of the company.

Whilst having considerable wealth, very little is spent on himself (not willing to splurge for an expensive suit) and would much rather spend that money on his family. He famously spent £34 million on his daughter’s wedding, and £54 million on his family home in London.

Equally important in his life is his wife, Usha Mittal, whom he married at 21. Whilst Lakshmi grew and expanded assets, his wife ran the plant in Indonesia. She is also rumoured to run all the family’s private investments.

According to Lakshmi, the “most successful businesses are family businesses”.

At any important public event, major speech, or press conference, he is rarely seen without family at his side. 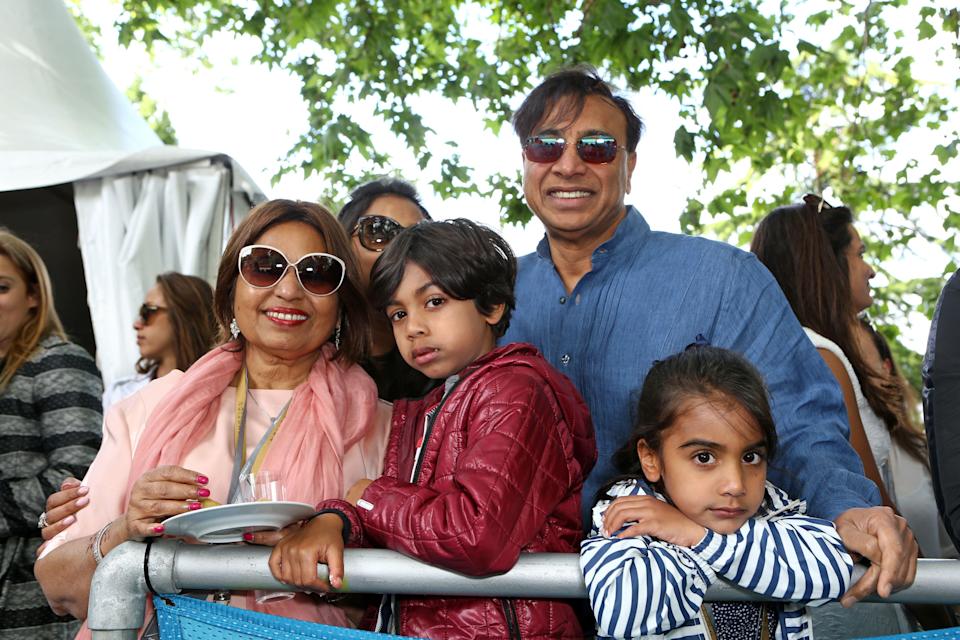 For the 2012 London Olympics, Lakshmi Mittal came on board for the project to create a commemorative landmark for the London 2012 games. He committed to provide the steel to build the structure.

The design and various elements that make up the landmark sculpture were created by Carsten Höller and Sir Anish Kapoor. 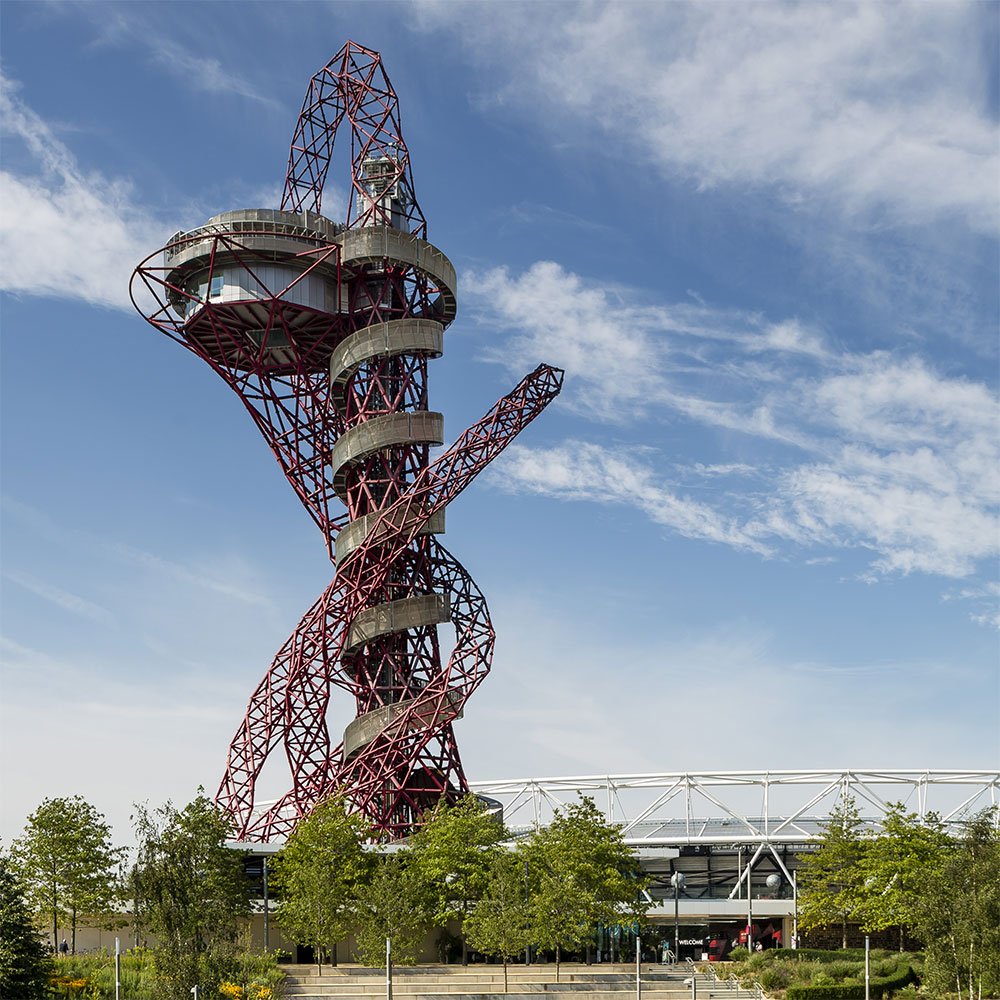 Giving back to India

Not know publicly for his philanthropic ventures, Lakshmi prefers to keep a low profile. He is involved with several educational projects in Rajasthan, and he has also set up a sporting foundation to help Indian athletes develop their talents.

In his hometown of Sadulpur, a tiny Rajasthani desert hamlet in Churu district, he launched a community centre named after his mother “Gita Devi”

He has also set up the ‘Lakshmi N Mittal Institute of Information Technology’ in Jaipur.

Abroad he has set up ‘The Mittal Institute’ at Harvard. The mission; through interdisciplinary research, to advance and deepen the understanding of critical issues relevant to South Asia and its relationship with the world.

It is a university-wide research institute at Harvard that engages faculty members, students, and in region institutions through interdisciplinary programs to disseminate knowledge, build capacity, inform policy, and engage with issues that are shaping South Asia today. 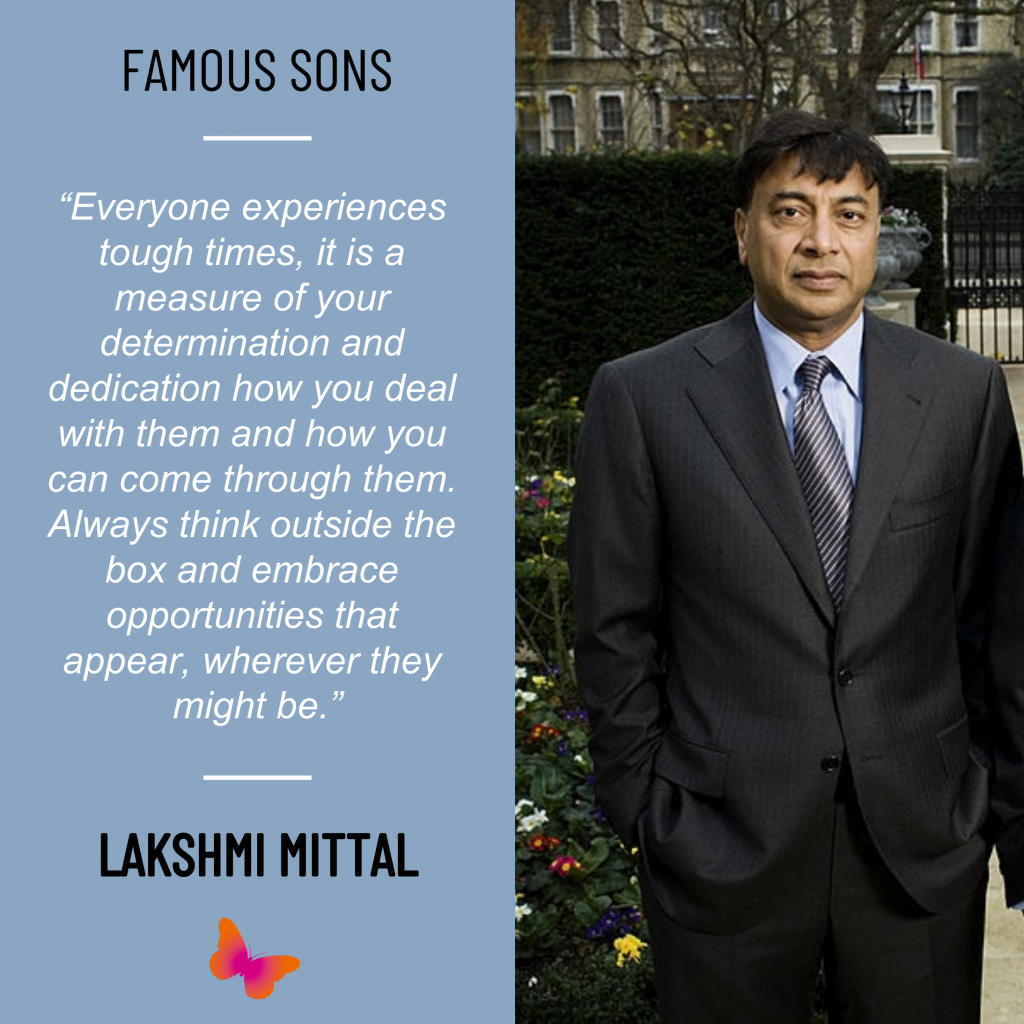