Keith Vaz, the longest-serving British-Indian MP, is also known as one of Britain’s most controversial politicians. Alleged bullying, drug abuse, false allegations, political opportunism, and yet going out of his way to help a suicide victim’s family find answers. Scandalous, or simply human? 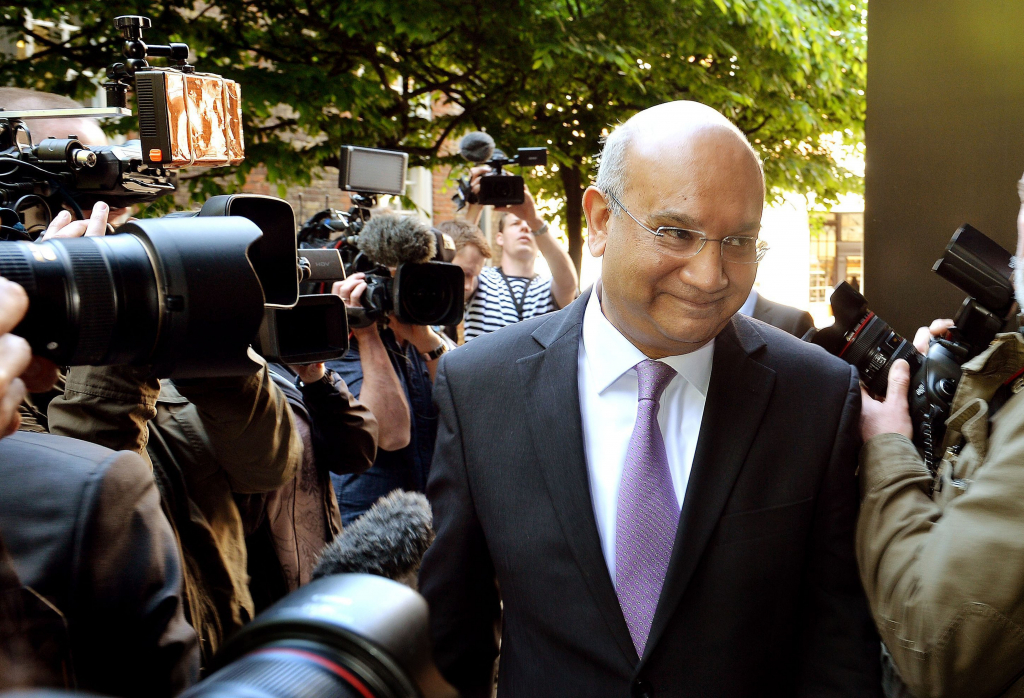 Keith was born in the British crown colony of Aden on 26 November 1956, to Anthony Xavier and Merlyn Verona Vaz. The Vaz family hailed from Goa, now an Indian state, which accounts for his Goan-Portuguese surname. Keith is a distant relative of Saint Joseph Vaz, a 17th-century missionary. He moved to England with his family in 1965, settling in Twickenham.

Both his parents had to work hard after migrating to the UK, his father working in the airline industry and his mother holding jobs both as a teacher and part-time for Marks & Spencers.

When Keith was only 14 years old, his father took his own life.

Merlyn Vaz moved to Leicester when her son was selected as prospective parliamentary candidate for the Leicester East constituency. She was elected to Leicester City Council as a Labour councillor and served on the council for 14 years.

While living in Aden, Vaz was educated at St Joseph’s Convent. In England, he attended Latymer Upper School, Hammersmith, followed by Gonville and Caius College, Cambridge, where he read Law. He graduated from Cambridge University with a BA first-class Honours degree (1979), later promoted to MA.

Before his political career, Keith was a practising solicitor. In 1982, he was employed as a solicitor to Richmond upon Thames London Borough Council; and later as a senior solicitor to the London Borough of Islington. He was selected as the prospective Labour candidate for the Leicester East constituency in 1985. At that time, he found a job in Leicester as a solicitor at the City Council-funded Highfields and Belgrave Law Centre. He remained in this role until his election to Parliament in 1987.

In 1987 Keith was elected as the Member of Parliament for Leicester East as the Labour’s youngest MP. He was re-elected 7 times from 1992 to 2017.

During these years he had played a prominent role in the India-UK relations over the years and hosted numerous Indian ministers and MPs during their visit to Britain.

In 2002 Keith was shortly suspended from the House of Commons after making false allegations against a former police woman.

In 2012 he made it into the headlines for a much more noble cause. He was supporting the family of Jacintha Saldanha, a woman who committed suicide after being victim of a radio hoax.

Keith says it was very important for him to help the family find answers. Losing his father to suicide when he was a teen himself, he could feel the pain of this Asian family very deeply.

“Like anyone in grief, they couldn’t understand, and we wept together even though I didn’t know her, I cried because they got me crying, sitting upstairs in a room so similar to my parents’ room in a house so similar to the one I had grown up in.”

Many commentators have accused him of blatant political opportunism, but looking at his background his involvement might be less political and more personal.

Nevertheless, Keith was involved in several scandals in his 25-year long career as a politician, including alleged bullying and drug abuse.

In 2019 he retired from Parliament. In 2022 he was named chairman of the Leicester East constituency Labour Party (CLP).