Baroness Sayeeda Warsi is best known for being the first Muslim person to serve in a British cabinet. She made a great impression turning up to the first cabinet meeting in traditional Pakistani clothing. With that she marked a moment of change for many – being able to make it to the top while staying true to yourself. 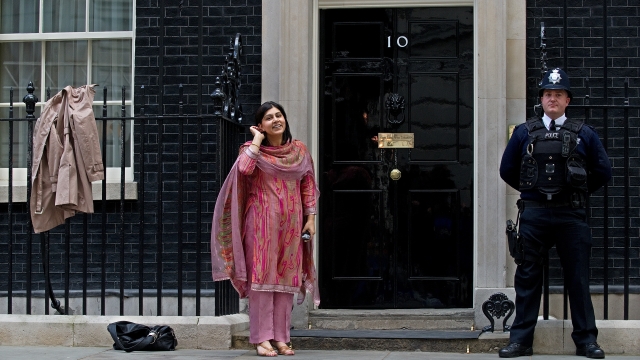 Sayeeda was born in Dewsbury, West Riding of Yorkshire as the second daughter of a Pakistani immigrant family.

Her father, a former mill-worker and bus driver who set up his own business, instilled in her values of freedom, responsibility and aspiration.

She thinks of her tough working-class home with nostalgia and remembers how her parents chose a mixed community to expose their children to. An unwillingness to integrate is one accusation often flung at British Muslim families. Yet Sayeeda insists the reality is more complicated.

“When we were growing up … the neighbours on both sides were English, so you didn’t need to worry about integration. Now, with Asian communities being so much larger, integration is a middle-class pastime.”

Sayeeda went to Birkdale High School and Dewsbury College before attending the University of Leeds. She went to the College of Law, York to pursuit a career in Law which her mother had chosen for her.

After qualifying as a solicitor in 1996, she worked for the Conservative MP for Dewsbury, John Whitfield, at Whitfield Hallam Goodall Solicitors, and then set up a practice in Dewsbury.

After September 2011 Sayeeda felt unsure about her identity and where she belonged, as she could feel tension and hostility in Britain. In a quite drastic move she sold her practice to go work in Pakistan.

“I got involved with a lot of women’s empowerment work [in Pakistan] and I thought I was making a positive impact. It was only when I had spent nine months or so out there that I thought: ‘You know what? This is all very good, but my first responsibility is to my own home.” 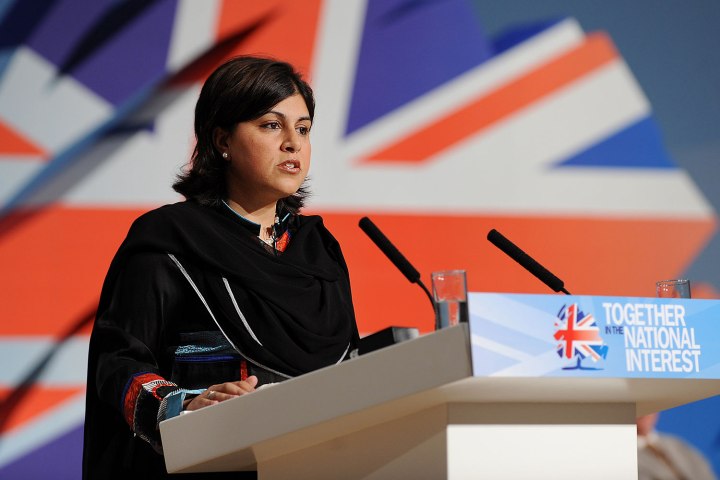 Inspired, she started her political career by getting involved in the Conservative Party and it was there that she became Vice Chairman and advisor to the leader, Michael Howard, in 2004.

On 12 May 2010, David Cameron appointed Sayeeda as Minister without Portfolio in Cabinet. This appointment made Warsi the first Muslim woman to serve in the Cabinet. Sayeeda was sworn of the Privy Council the next day.

Sayeeda is a Trustee of the Yorkshire Sculpture Park, and Chair of the Baroness Warsi Foundation. The Foundation focuses on three programme areas; social mobility, gender equality and freedom of religious belief. She is also a Trustee of the Savayra Foundation, a UK registered charity which works in Pakistan to empower widows, divorcees and orphan girls through skills, education and other poverty relief programmes.