Michelin star wining Indian chef Atul Kochhar found his success by combining traditional Indian flavours with British ingredients. He has always had a deep passion for cooking and has set a high standard for Indian cuisine in the UK. 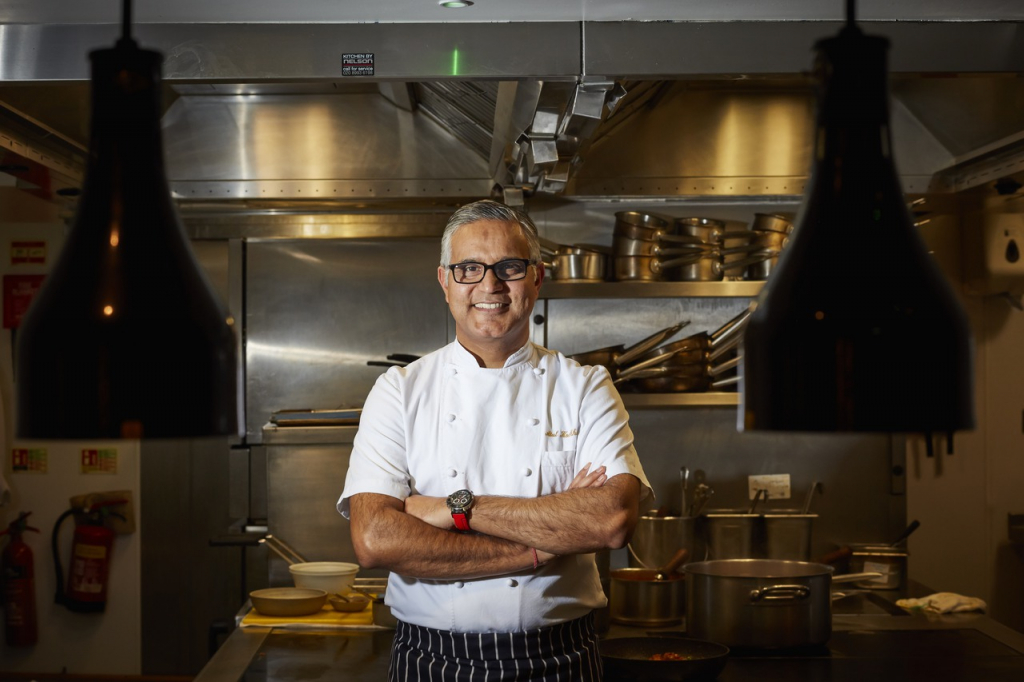 Atul was born in Jamshedpur, India. The 1980s – when Atul was attending school – was a time of massive educational change in India, with parents encouraging their children to study hard in a bid to become a doctor or an engineer. But Atul’s passion lied in food and cooking, so he decided to sacrifice his place at a respected academy to go to hotel school instead.

“People thought I was crazy. Everyone was becoming a doctor, and I think India was producing more than anywhere else in the world because it was a very respected profession. Hotel management, on the other hand, wasn’t held in the same high regard. But I wanted to do something I loved, knowing I would wake up every morning and be eager to go to work.”

He already had a good knowledge of northern and eastern Indian cuisine, so decided to study in southern India to expand his culinary knowledge even further. He gained his diploma in Hotel Management from The Institute of Hotel Management Chennai.

In June 1993 Kochhar graduated to the five star deluxe Oberoi Hotel in New Delhi. Here he worked as a sous chef supervising a staff of 18 and immediately raising the standards in the kitchen. 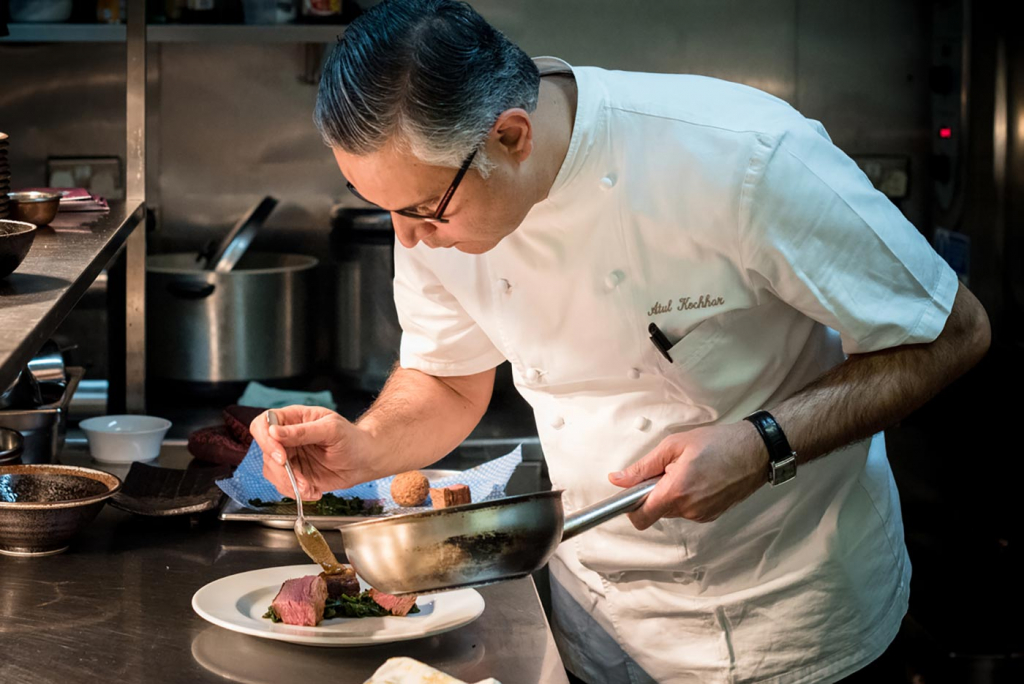 In 2001, at the age of 31, Atul became one of the first Indian chefs to win a Michelin star. He has since opened several more Indian restaurants in the capital that follow in the same vein as his previous fine-dining endeavours. Never complacent about the quality of his work, Atul returns to his homeland whenever possible to research new recipes and ingredients.

In 2002 he opened his very own restaurant Benares, with the help of two business partners.

Benares set the standard of Indian cuisine worldwide, but it wasn’t totally Indian in the traditional sense – the reason for its success was Atul’s combination of regional Indian flavours and British ingredients.

A dish such as New Forest venison and biryani with spring mushrooms, wild garlic and chocolate curry is a prime examples of his ability to combine British ingredients with Indian flavours, but Atul is keen to highlight the regional differences in his home country’s food.

“Indian cuisine doesn’t exist to be honest – we have very specific regional cuisines instead.”

In 2018 he had to part ways with Benares after posting an Islamophobic tweet. He has since apologised for his mistake, saying he feels deeply sorry and he is not Islamophobic. However there was a huge shift in his career after the incident.

Since then he has opened his own restaurant Kanishka in Mayfair. He is also focusing on his charity work, being an ambassador to The British Asian Trust, supporting high impact charities in South Asia and the UK.