‘Sadi Rani!’ (translated: Our Queen!), a legendary playback singer with a career spanning seven decades, middle sister to Usha and Lata Mangeshkar, officially acknowledged by Guinness Records as the most recorded artist in music history, and then there’s the ode to Asha in Cornershop’s hit song “Brimful of Asha”… This is Asha Bhosle. 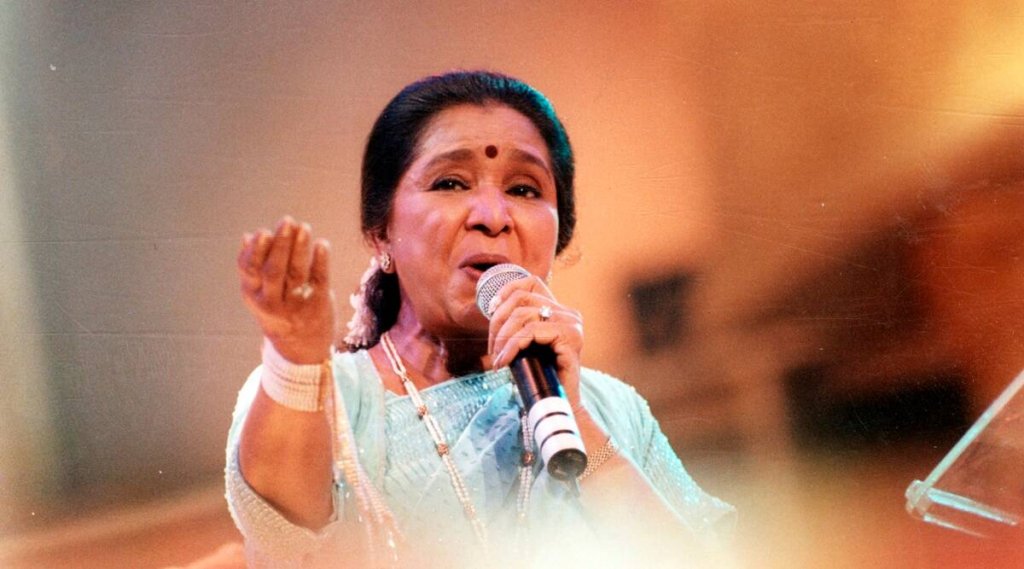 Raised into one of the most musically talented families of all time, along with her older sister, Lata Mangeshkar. Their father, Deenanath Mangeshkar, born in Portuguese India (now Goa), 1900, was a theatre actor and classical singer. After he tragically passed away when Asha was nine years of age, she along with her older sister set to work to help support the family.

Her first singing job came at just ten years old, in 1943. And that was simply that. From that point onwards Asha worked as a playback singer, but the challenge for her was that her older sister, Lata, along with a few other singers were dominating the industry, singing playback for all the female leads.

Asha would only be able to take the work they turned down – the bad girls. She also worked on low-budget films until she got a chance given by a bigger director to sing in ‘Parineeta’ (1953 film).

A few more opportunities from bigger directors and soon Asha was being called back for more and more work. By the 1960’s Asha’s voice was receiving critical acclaim and recognition.

Both her and her sister had distinctive voices that gave fuel to their prolific singing careers, and it was from the shadow of Lata’s voice that Asha carved her own style. 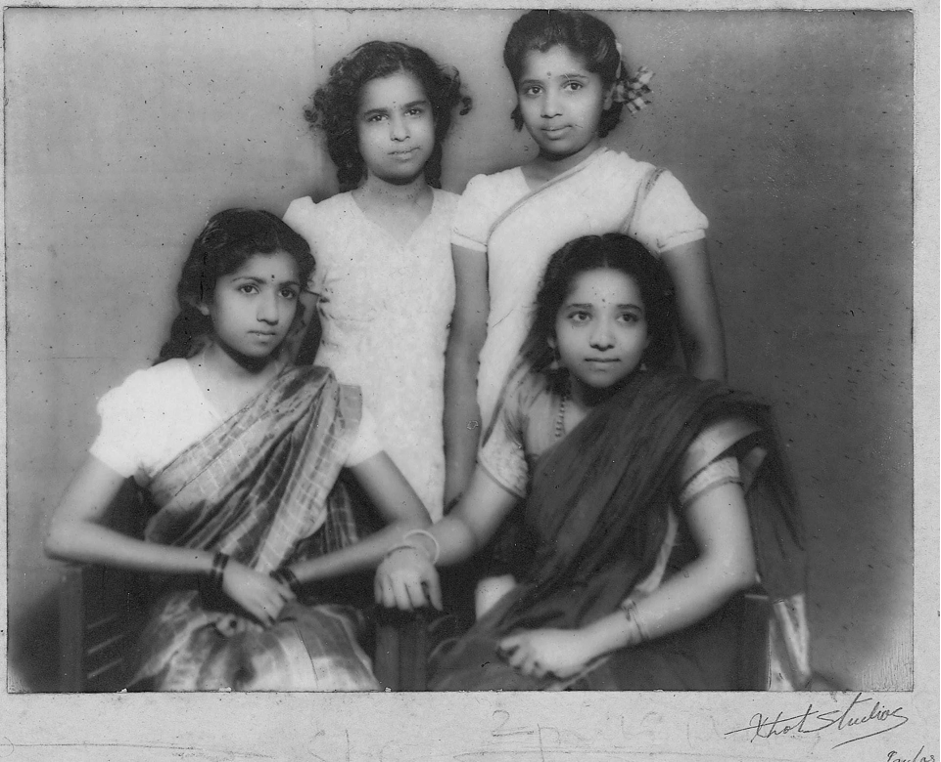 Much has been discussed about the rivalry between Asha and her elder sister Lata Mageshkar, and whilst Asha had been in the shadow of her sister early on, both have remained close throughout their life.

Indian film composer O. P. Nayyar had said that he had had spent time convicing Asha that she could create a distinctive voice, and establish a style all of her own.

Perhaps another point of tension is that Asha eloped at the age of 16 with Ganpatrao Bhosle (who at the time was 31 years-old), leaving Lata to take care of the family herself. This marriage shortly imploded, but not before Asha was a mother of 2 (with a 3rd on the way at the time of separation).

It isn’t hard to imagine the strain this would put on the sisters relationship, yet despite this, they share a tight bond and wave away the rivalry as tales. 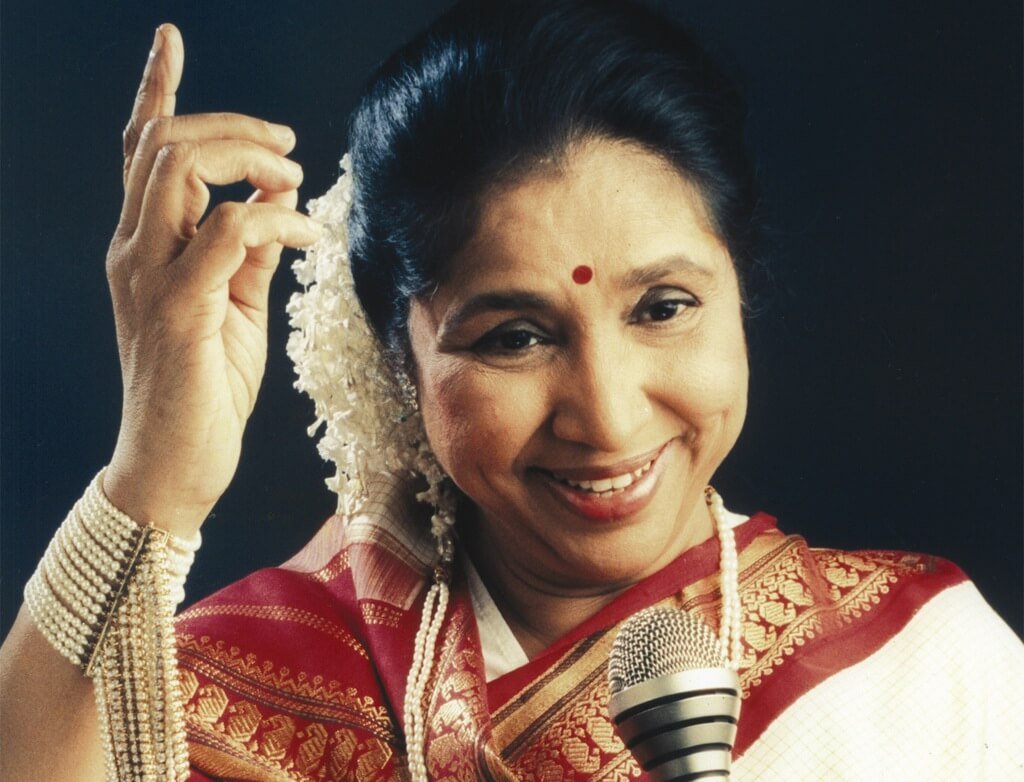 “I’ve enjoyed my life. There has been great tragedy but also moments of great happiness. I’ve taken both in my stride, and if I were to replay my life, I would do it all over again.”

Among the numerous awards from the 60s to recent years, Asha was the first Indian singer to be nominated for a Grammy Award, in 1996 and then again in 2005 for ‘Chura Liya Hai Tum Ne’ (You’ve Stolen My Heart) with the Kronos Quartet.

When Kronos Quartet director David Harrington met her for the album he said: ‘She turned up in San Francisco wearing a fabulous sari, glittering jewellery, lots of bling. Then I saw that she was wearing tennis shoes. I just knew we would get on.’

In 2019, Asha was recognised for her extensive contribution to music with an honorary doctorate from University of Salford. In the acceptance speech which she gave in Hindi she reflected on listening to Western records since childhood, and the freedom of singing in Western styles in contrast to the Indian classical tradition she was trained within.

After opening up about wondering if English-speaking people ever listened to ‘our music’ because of the language differences – she revealed one of her lifetime goals was to take Indian music to places like London. Aware that those of Indian heritage living beyond India do listen to Indian music, she enthused that others not from Indian heritage should listen to our music too.

A fervent lover of cooking, Asha turned her favourite hobby into an international restaurant business with branches of ‘Asha’s’ in Abu Dhabi, Bahrain, Solihull and Saudi. Asha makes a two-month supply, which is 10 kilos, of her own secret recipe of garam masala for each of her restaurants

Many celebrities, both from the west and Bollywood, have dined at her restaurants, sampling her love for food. Of course, he voice and her soundtracks are often played at ‘Asha’s’. 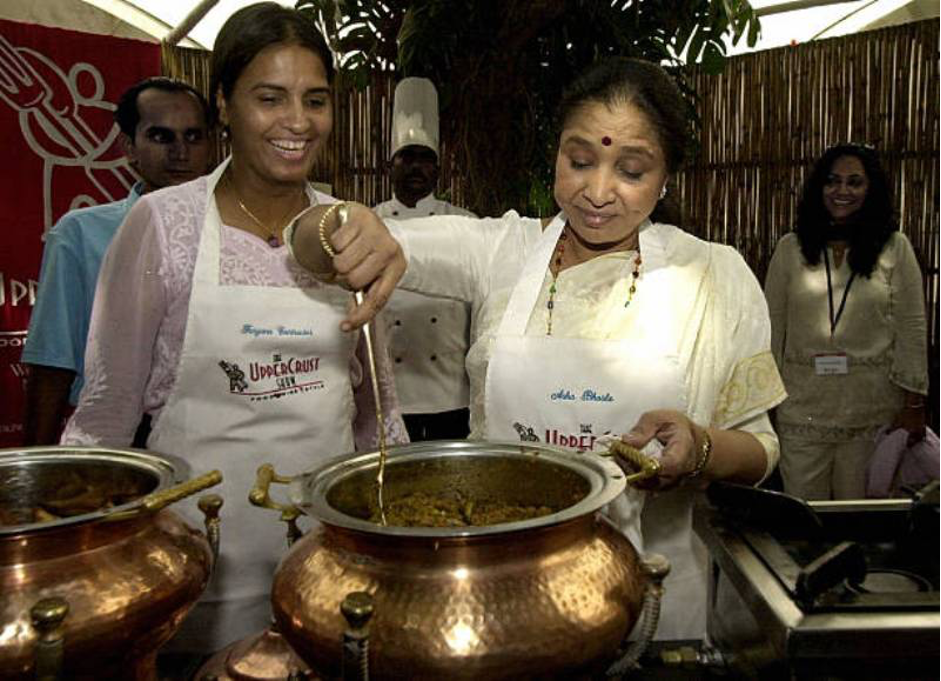 “Cooking well, with love, is an art. Cooking fills the stomach, and music fills the mind.”

In her career Asha has been the recipient of numerous awards across both the film and music industries.

Aside from the being the first Indian singer to be nominated for a Grammy, she has been officially recognised by the Guinness Book of World Records for recording up to 11,000 solo, duet and chorus-backed songs and in over 20 Indian languages since 1947.

She has been honoured with the Padma Vibhushan by the Government of India (the second-highest civilian award). 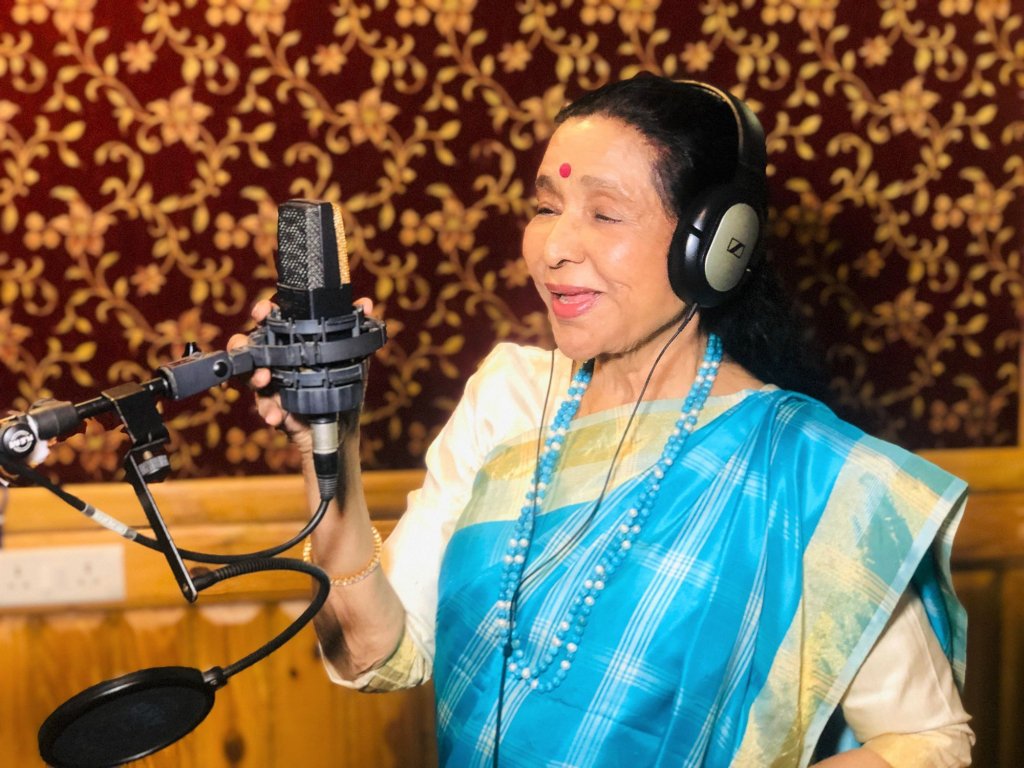 “With singing, you get lost in the music – I go into another world when I’m singing. Music has given me great solace in my times of hardship. It has also brought me fame and wealth, and I owe everything to music.” 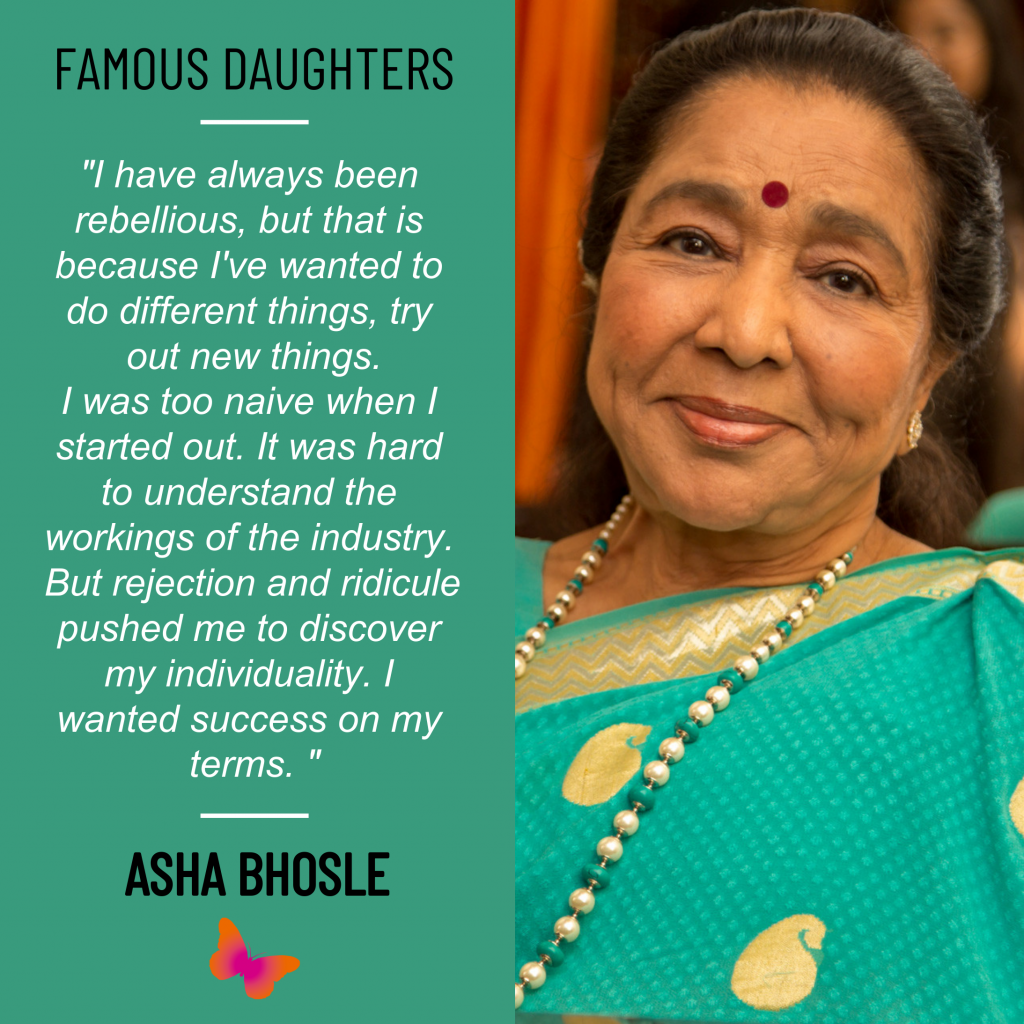