Daughter of the world-famous sitar player Ravi Shankar, half-sister to musician Norah Jones, but these shadows never bothered her. Performing on huge stages form the age of 13, a debut album before being honours graduate and homecoming queen? This is Anoushka Shankar. 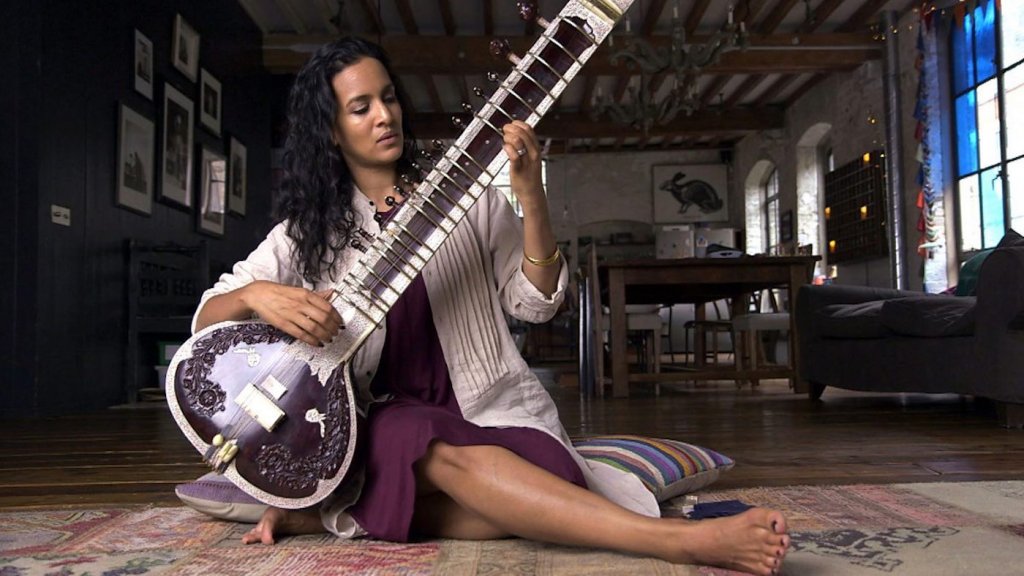 Anoushka was born in London in 1981, with her childhood divided between England and Delhi. Her father was the Indian sitar maestro Ravi Shankar, who was 61 at the time of her birth.

From the age of 7, Ravi Shankar would train Anoushka on the sitar. She began accompanying him on stage from the age of 10. She gave her first public sitar performance at the age of 13 where she was accompanied by table maestro Zakir Hussain. By 15 she had already recorded on her fathers album and signed her first record deal with EMI at the age of 16.

“My memories of mealtimes are a real bleed of music and food. Music never really stopped in the music room, because everyone would move out to the table with their sitars.”

In her teenage years Anoushka lived in California and attended San Dieguito High School Academy. At the age of 18 she had recorded and released her debut album ‘Anoushka’. Though she graduated with honours she had already spend a year touring and knew that music was what she wanted.

“As a child I’d sit at dinner parties with artists, authors and musicians, some of the best people in their fields. I couldn’t avoid the path I took having grown up in such an artistic environment.” 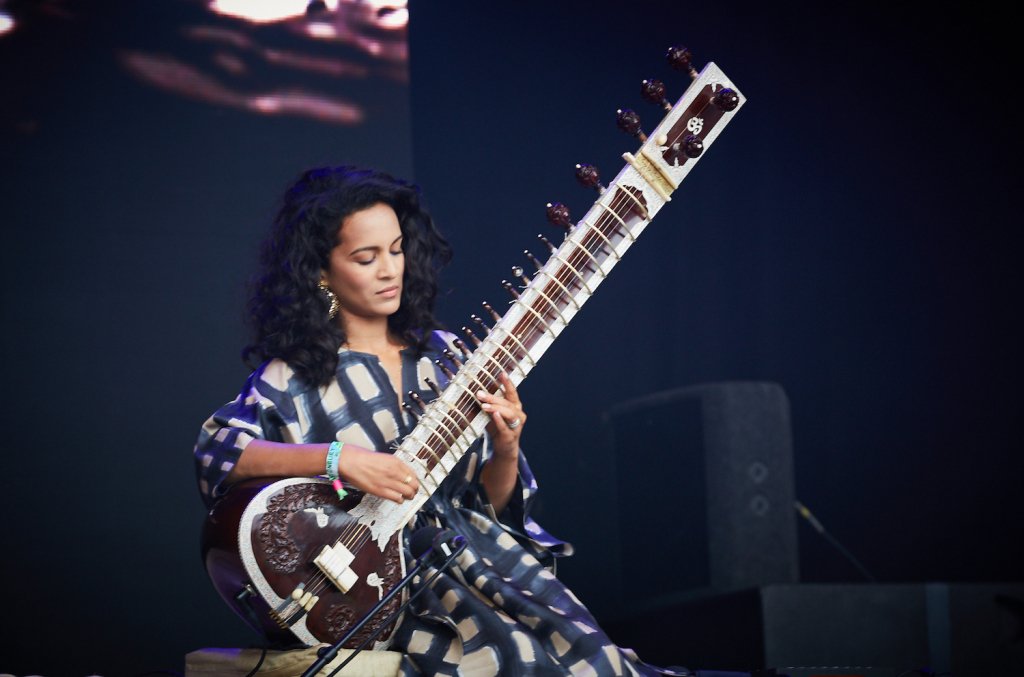 By 2000 Anoushka had already released her second album ‘Anourag’ and a live album ‘Live at Carnegie Hall’ for which she was nominated for a Grammy award. Making her the youngest nominee in the World Music category.

From this point Anoushka spent more time moving away from her fathers’ ensemble and established herself as a solo artist in her own right, finding her own artistic voice. Her path has led her to collaborate with other artists such as Sting, Lenny Kravitz, Thievery Corporation, Nitin Sawhney, Herbie Hancock and Rodrigo y Gabriela.

Balancing a career that covers pop, world music, and classical, Anoushka has received multitudes of award nominations for her work, and in 2021 received her seventh Grammy nomination for her album ‘Love Letters’.

“I realised how rarely women are involved in all aspects of the music making, how rarely I’ve worked with female engineers. That became something that I started looking at as well. How many women can I bring into the project across the board.” 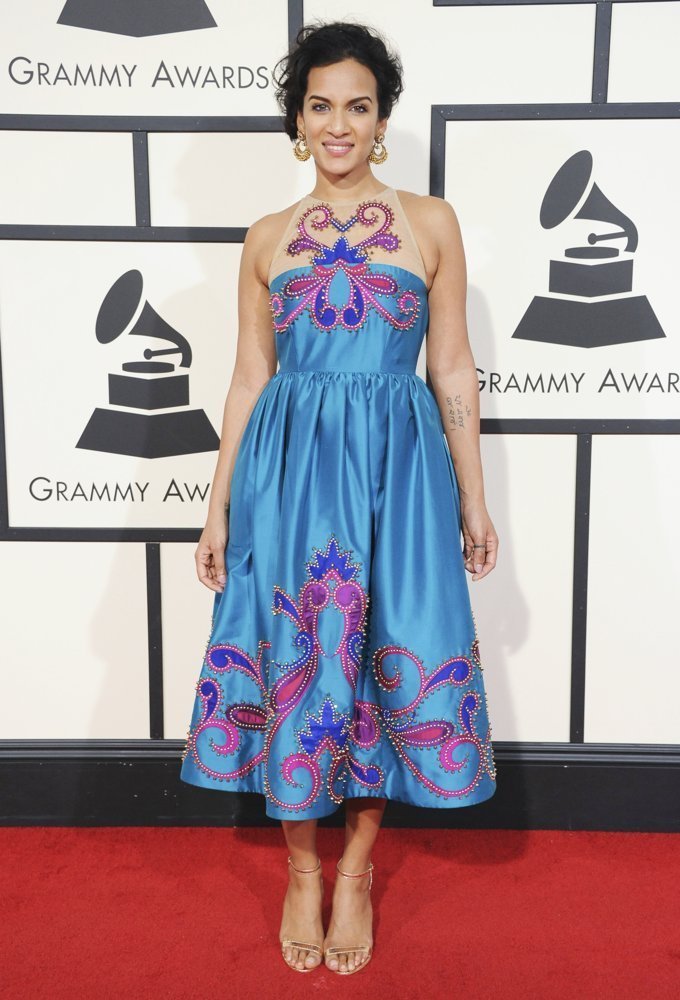 Both Anoushka and her father appeared in a thirty-second public-service announcement against animal suffering for People for the Ethical Treatment of Animals (PETA). She is also the spokesperson for the United Nations World Food Programme in India.

In 2013, responding to the horrific gang-rape of a young girl in Delhi, Anoushka threw her weight behind an online campaign One Billion Rising on Change.org, demanding an end to crime against women. 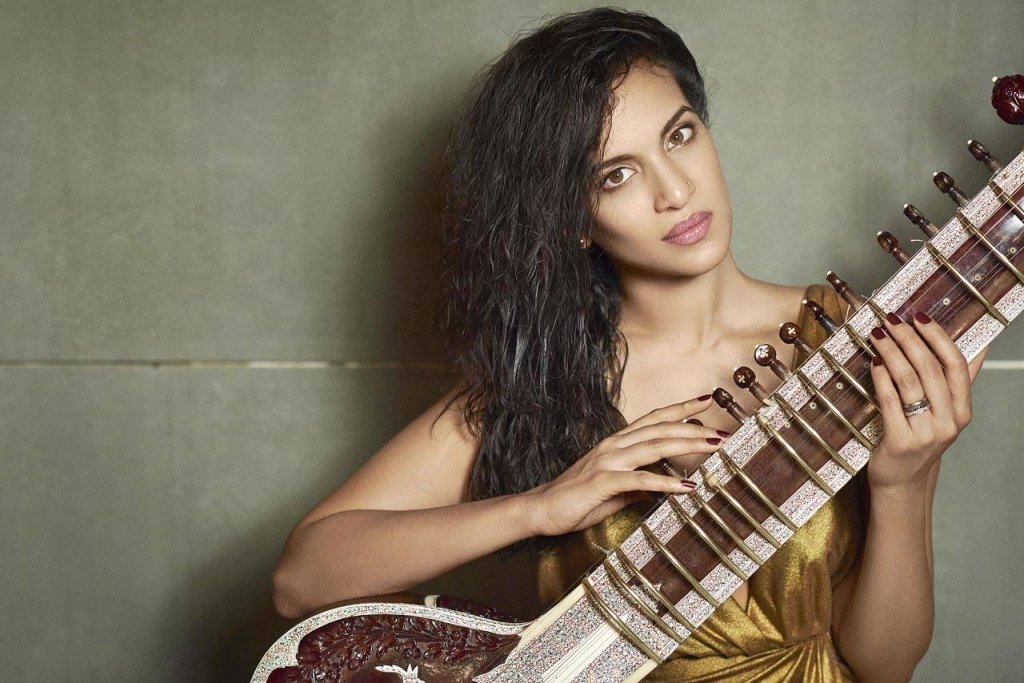