A privileged upbring, leading to feeling like a cultural outsider, dealing with a loss of identity, unsure of himself or his place in the world… all before he even came to the UK? To then represent the UK at the Venice Biennale, to winning the Turner Prize, to creating landmark sculptures across the globe. This is Sir Anish Kapoor. 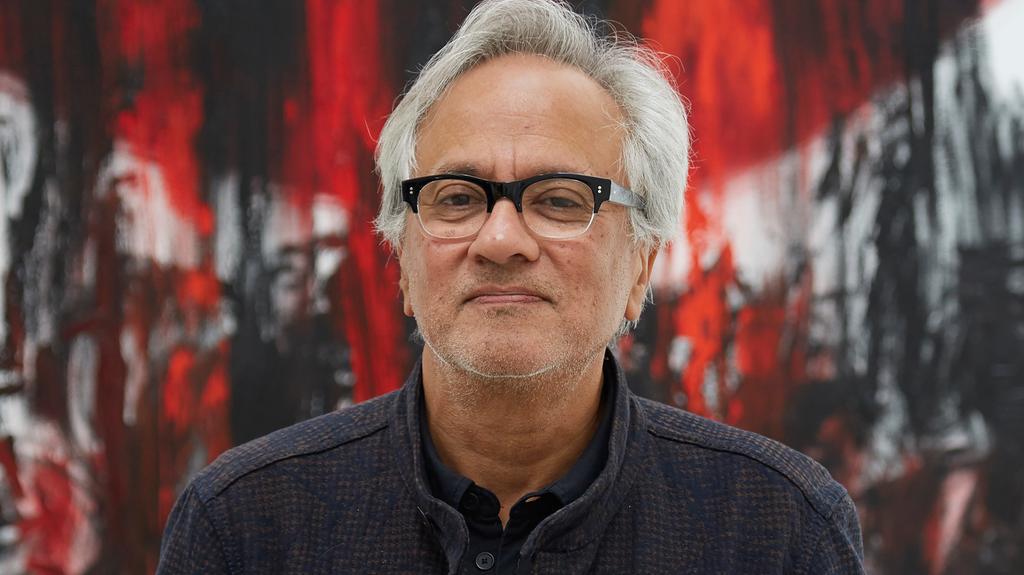 Born in 1954 to an Iraqi-Jewish daughter of a rabbi (who immigrated to India from Baghdad with her family when she was an infant) and a Hindu father – a hydrographer for the Indian Navy, Anish Kapoor had, what would be considered, a modern and cosmopolitan upbringing.

His father spent much of Anish’s childhood on the ocean collecting data and charting marine navigation, and Anish and his brother Ilan were enrolled in the prestigious Doon School, an all-boys boarding school in Dehra Dun. At school he was taught equally as much European history as he was about India.

This exclusive education, combined with the diversity and progressive thinking within his own family led to a childhood of feeling like an outsider, unsure of his identity within Indian society.

“I was seriously fucked up, full of inner conflict that I didn’t know how to resolve.”

At home he enjoyed finishing his mother’s paintings but had, at that time, no ambition to become an artist. 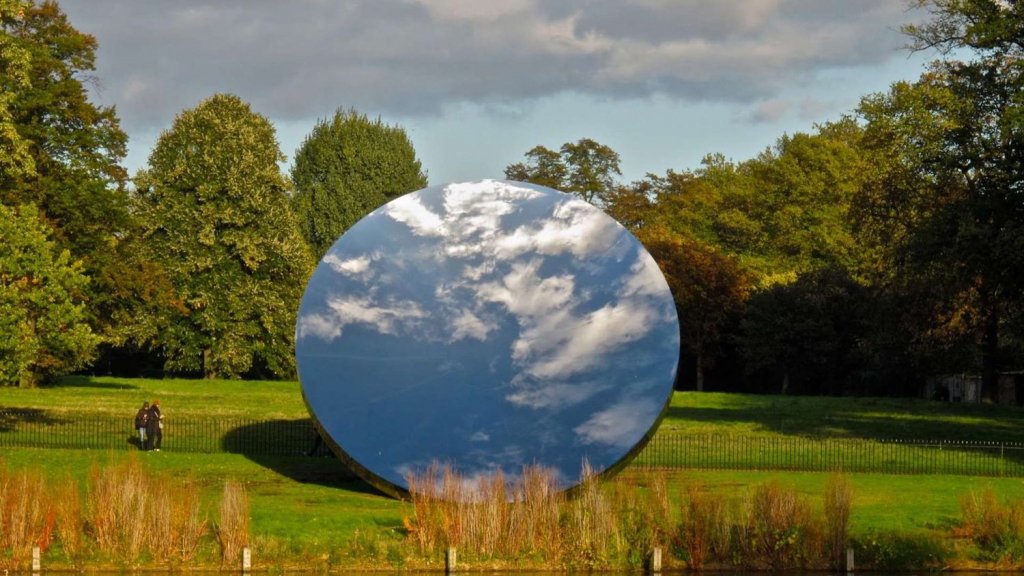 In 1971 Anish moved to Israel with one of his two brothers, living on a Kibbutz (a collective community traditionally based on agriculture). He intended to stay in Israel and pursue an education in electrical engineering, but soon quit after deciding a maths-based career wasn’t for him. He then left for the UK in 1973 and attended Hornsey College of Art and later at the Chelsea School of Art and Design.

At Chelsea he would meet Romanian artist Paul Neagu, who served as a role model for Anish. Paul Neagu helped provide a meaning to what Anish was doing, and encouraged him to explore wider influences such as performance art.

However, Anish left midway through his post-graduate at Chelsea and went back to India. Unsure of where his art career would lead. This trip to India would inspire a three-year period of creativity which led to the creation of the first of his major works – the ritualist performances of his pigment sculptures, called ‘1000 Names’. 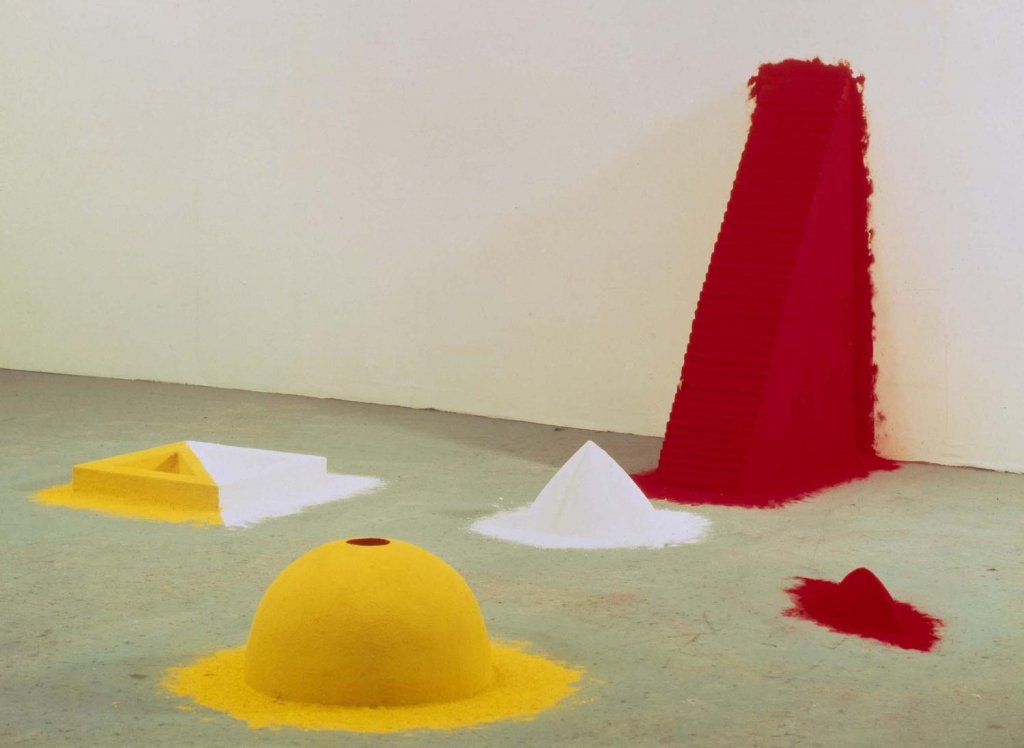 “I suddenly realized all these things I had been making at art school and in my studio had a relationship to what I saw in India … I was making objects that were about doing, about ritual.”

Over his career his work has evolved from creating biomorphic sculptures, to working with various materials. All subtly dealing with illusion and shape and form. In the 1980’s his work explored granite, limestone, marble, and pigment. In the 1990’s he started exploring how his work disappeared into the ‘void’ and used quarried stone.

Since the mid 90’s he has worked with highly polished stainless steel, creating mirror like surfaces that distort, warp, and reflect their surroundings. 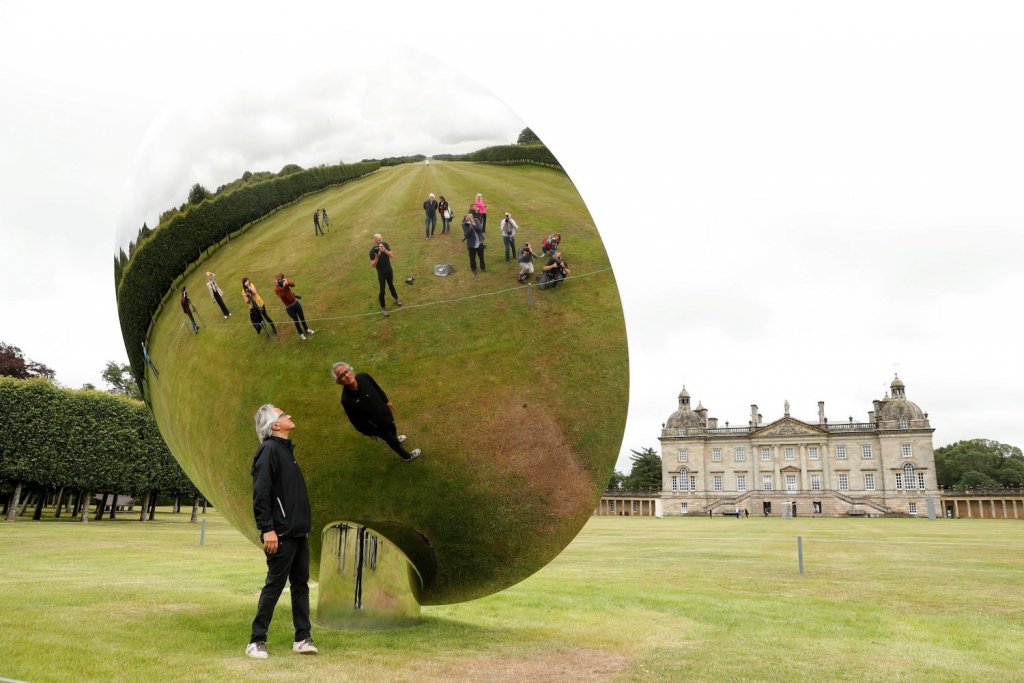 “I’m not necessarily interested in being the best Indian artist. I want to be the best artist I can be. That’s enough of a declaration of intent.”

In 2009 he became the first living artist to have a solo exhibition at the Royal Academy of Arts. In 2012 he received the Padma Bhushan by the Indian government (India’s third highest civilian award). In 2013 he received a knighthood for his service to visual arts. In 2014 he received an honorary doctorate degree from Oxford University.

In 2016 he received the LennonOno Grant for Peace. In 2017 he received the US$1 million Genesis Prize which “recognises individuals who have attained excellence and international renown in their fields and whose actions and achievements express a commitment to Jewish values, the Jewish community and the State of Israel”. 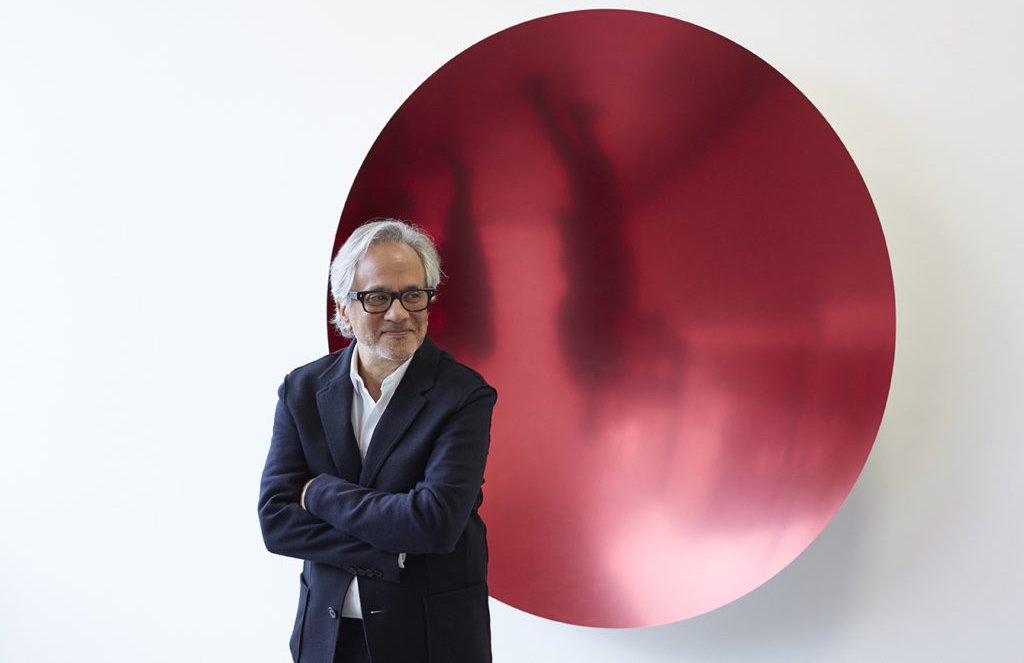 “Red is a colour I’ve felt very strongly about. Maybe red is a very Indian colour, maybe it’s one of those things that I grew up with and recognise at some other level.”