Born in Wimbledon, cleaning mud from stones with his mouth, skipping school to dance Kathak in his garage, waiting tables at a curry house, transforming contemporary dance through his own brand of style ‘(con)fusion’. He is one of this generation’s greatest dancers. This is Akram Khan. 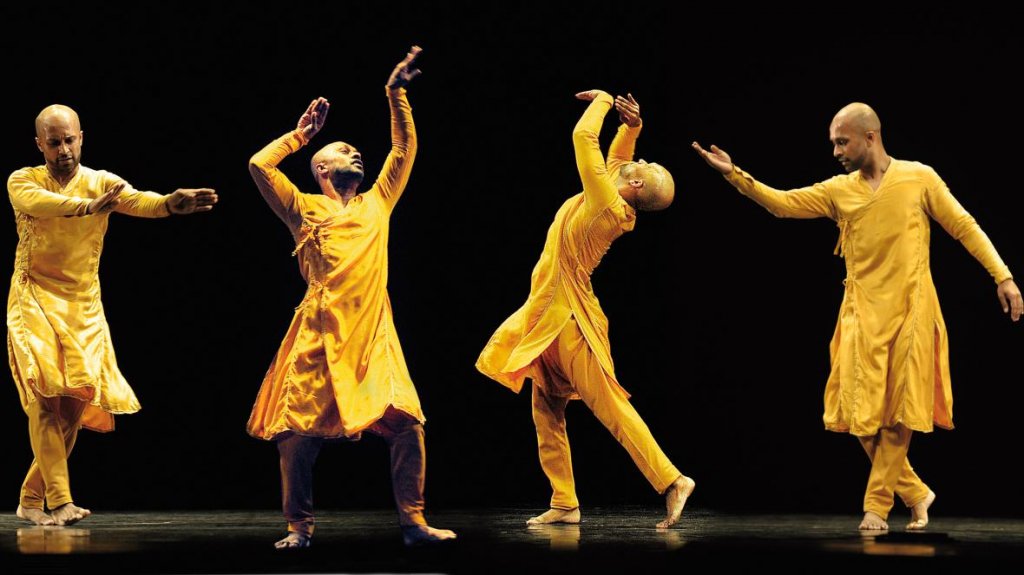 Akram Khan was born in Wimbledon in 1974. His parents came to the UK from Bangladesh. His father had initially come as a student to the UK in the 1960’s and then returned to London with his wife after Bangladesh’s independence in 1971. During the 1970’s and 80’s, the Bangladeshi migrants experienced racism and racial attacks in Britain. Although Akram was quite young, racism was there until his adulthood.

At age seven he began dancing and training in traditional Kathak; a classical Indian dance form, and much of his childhood was spent practicing in his parents’ garage. He skipped school for an entire year so he could practice there 10 hours a day, every day. He would leave the front door in his school uniform, say goodbye to his parents, walk to the back of the house, jump the fence and sneak into the garage, do his practice, then walk back in through the front door at the end of the day!

His mother, a music-lover, would host parties over the weekends and Akram would retreat to the toilet – the only place in a full house where he could gain his sense of space and sanity – and in there he would write choreographic structures on the wall.

“I’d practice in the kitchen, stamping and wearing bells around my ankles. It was a nightmare for the neighbours, bless them. I did it on the one-metre section of concrete next to the dish sink. When you have limited space, you focus on the space inside yourself.” 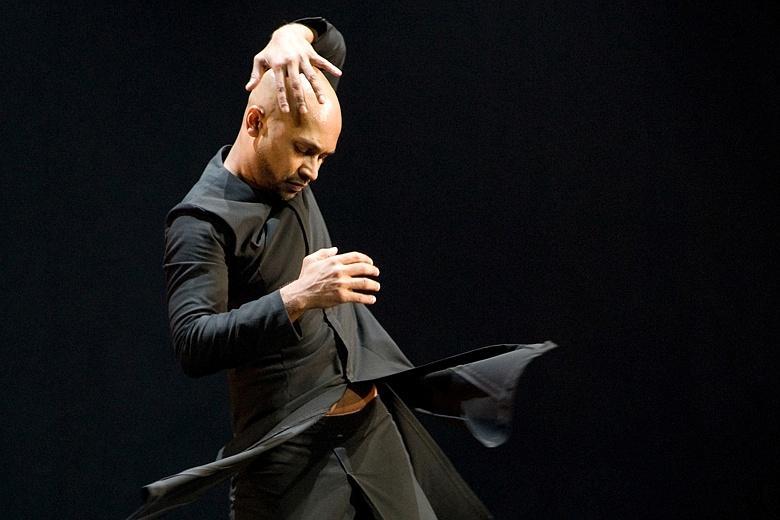 His parents, horrified at learning about their son missing an entire year of school, had no choice but to accept that dance was something Akram had to do. He studied Kathak under the guru Sri Pratap Pawar, and by the age of 14 he had his first break and toured the world with Peter Brook’s ‘Mahabharata’ for 18 months. After which, returning home at 15 felt like a different world.

During this time his father asked him to work at his restaurant. Akram would dance and spin plates whilst waitering. Whilst some customers thought it weird, there were times where Akram faced verbal and physical racial abuse, and at the end of each shift, anger would both consume and confuse. Dealing with beer glasses being smashed over his head was one thing, but his father continued to welcome drunk, white racists, feed them, all whilst calling them ‘sir’.

“I saw a side of life my parents tried to protect me from, a culture of alcohol. They came when the pubs shut. You’d be there till two in the morning, and we got a lot of racist abuse. It taught me about humility: when people are violent and aggressive, you don’t return it and become them. It made me stronger.”

Akram soon left to university, studying contemporary dance at De Montfort University (and making some money by being a pizza delivery boy), and then studied Performing Arts at the Northern School of Contemporary Dance. For a brief period he worked with Anne Teresa De Keersmaeker’s Brussels based X-Group project.

During this time he began presenting solo performances of his work and became an accomplished and spellbinding solo performer during the 90’s. In and out of classical recitals, his unique brand of ‘kathak-inflected’ contemporary dance was clear. Though not the first British choreographer inspired by classical Indian forms, Akram has been recognised as inventing his own vocabulary of movement, an eloquent “confusion” of styles. 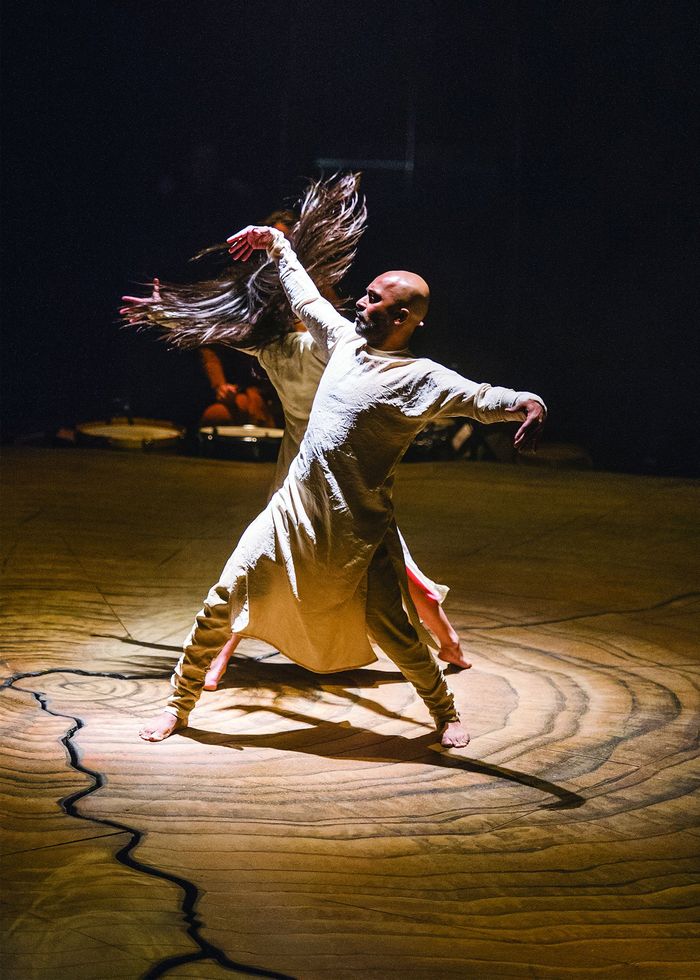 “Being displaced is something I’ve been conscious of since I was a child because of racism, because of the incidents. Displacement became a place where I felt placed, so home was in my body; home was not a place.”

Since co-founding and launching the Akram Khan company (with former dancer Farooq Chaudhary), Akram’s career has been in a continuous upward trajectory, pushing boundaries of contemporary dance and contemporary dance thinking out of the way.

Akram has become an icon, globally, for his exploration of collaboration across all creative mediums. He has worked with fine artists such as Anish Kapoor and Antony Gormley, musicians such as Nitin Sawhney and Kylie Minogue, and others in other disciplines such as Juliette Binoche and Danny Boyle.

He was choreographer-in-residence and later associate artist at the Southbank Centre, where he presented a recital with Pandit Birju Maharaj and Sri Pratap Pawar; and A God of Small Tales, for which he collaborated with writer Hanif Kureishi. 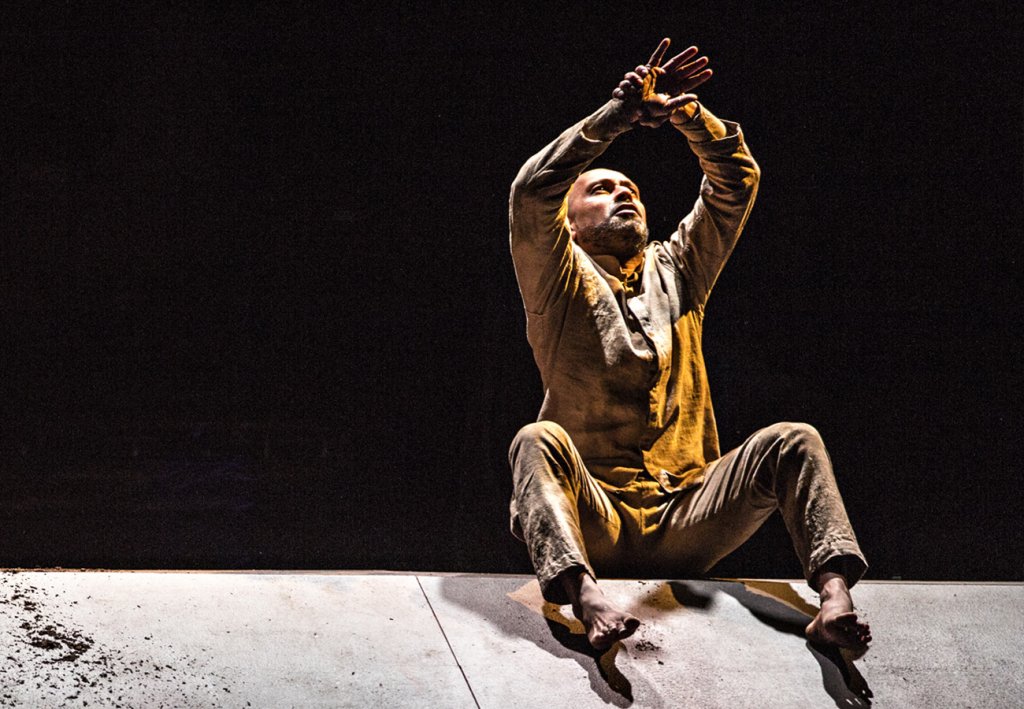 In 2005, he was appointed a Member of the Order of the British Empire (MBE) in the 2005 New Year Honours for his services to dance.

In 2012, Akram and his dance company performed at the 2012 Olympics opening ceremony. The segment by Akram was a tribute to victims of the 7 July London bombings, which controversially was, the segment not aired in America. An NBC spokesman said the network had left out that segment to ensure its programming was “tailored for the US audience”.

Akram is also an honorary Graduate of Roehampton and De Montford Universities, and University of London. And an honorary Fellow of Trinity Laban.

Shifting between classical kathak and contemporary dance, Akram Khan conjures the shell-shocked dream of a colonial soldier in the First World War. 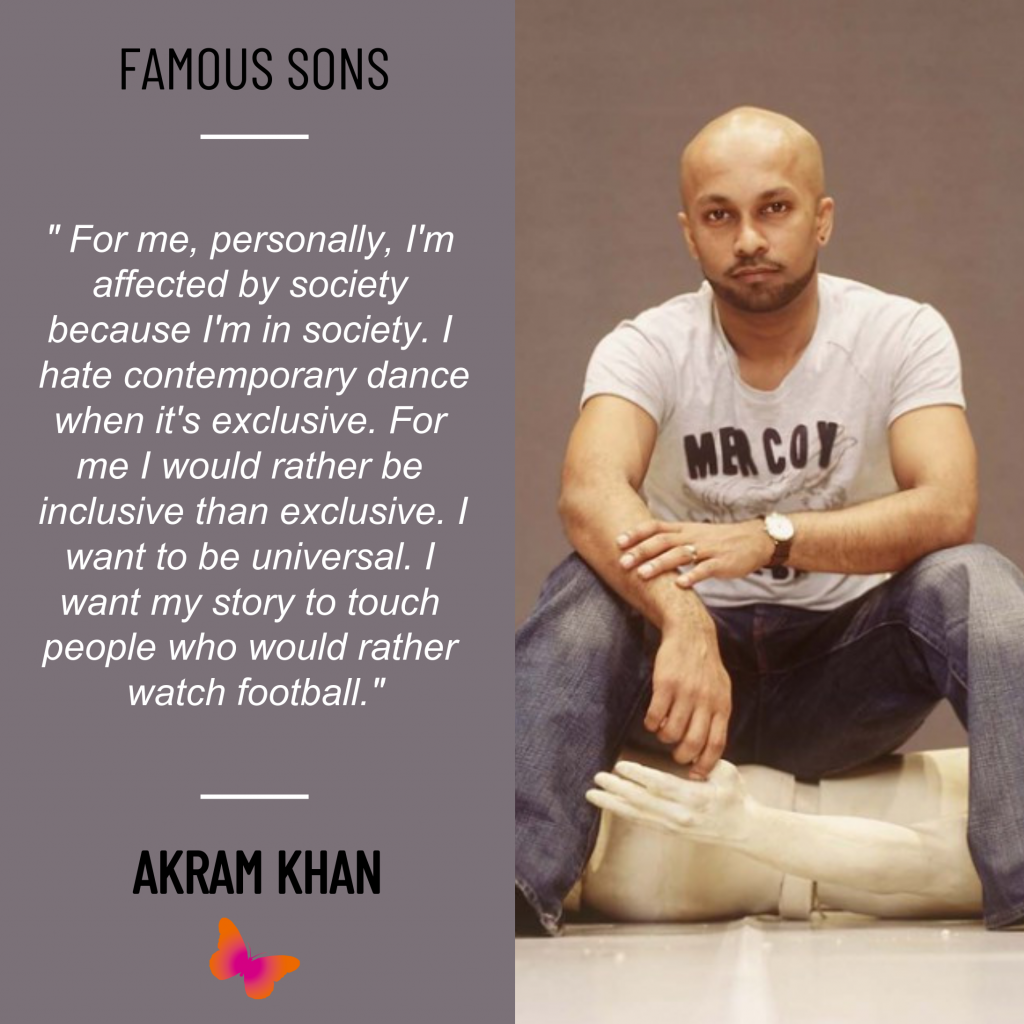