Camille Claudel (1864 –1943) was a French sculptor known for her figurative works in bronze and marble. For many years she was best known as the mistress and muse of Auguste Rodin.

It was not an easy task for a woman to become an artist in the mid-19th century; she had to cope with moral prejudice, gender-related restrictions in her artistic training and the prevailing male dominance in the Ministry of Fine-Arts and the Salon juries.

She died in relative obscurity, but later gained recognition for the originality and quality of her work. 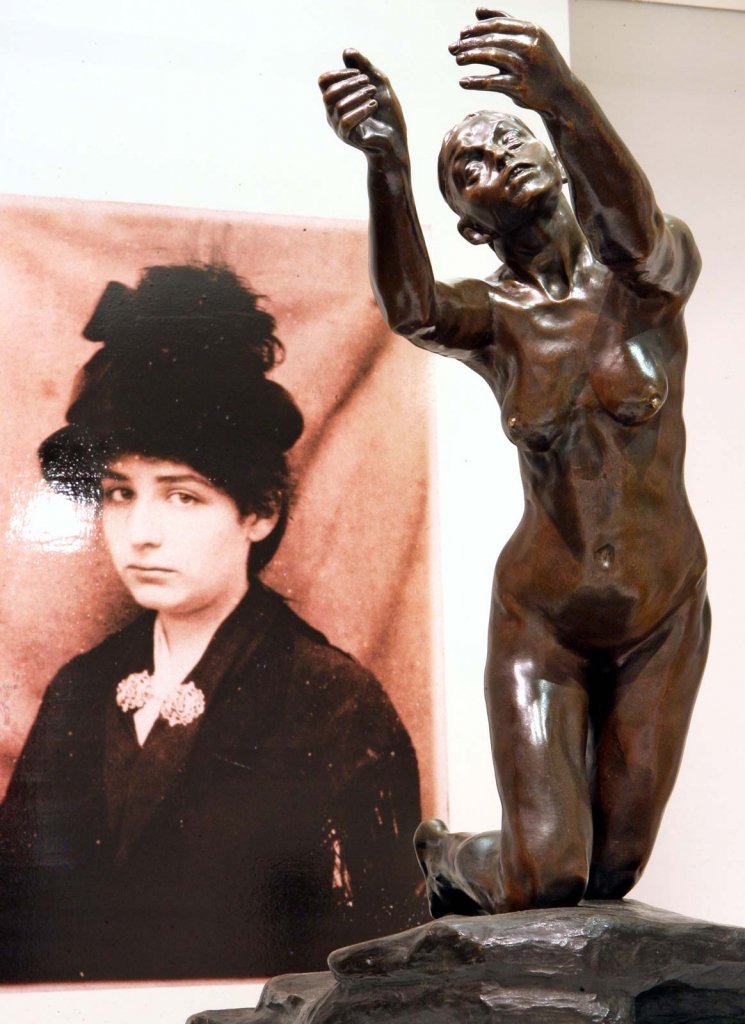 Camille Claudel was born in Fère-en-Tardenois, Aisne, in northern France, the first child of a family of farmers and gentry. Her family moved from place to place, one of which was Villeneuve-sur-Fère, which made a deep impression on her and contributed to her particular love of nature, and literally for the earth. From the ages of 5 to 12, Camille was educated by the Sisters of Christian Doctrine. While living in Nogent-sur-Seine at age 12, Camille began working with the local clay, regularly sculpting the human form.

By her teenage years she was already a remarkably gifted sculptor, and her abilities were recognised by other artists of the time. Her early work attracted the attention of the already successful sculptor Alfred Boucher, who advised her father to encourage his daughter’s artistic career. In response to such advice, in 1882, she moved to the Montparnasse neighbourhood of Paris.

At the time, very few spaces were open for women to study art. Thus, Camille studied sculpture at the more forward thinking, Académie Colarossi, where promising female artists were not only admitted, but where they were also permitted to draw from the male nude.

Following her earlier encounter with Alfred Boucher, once in Paris, he became Camille’s mentor and they established a strong and productive student-teacher relationship. After teaching Camille and the other sculptors for over three years, Boucher moved to Florence following an award for the Grand Prix du Salon. Before he left, he asked Auguste Rodin to take over the instruction of his pupils. Auguste and Camille met, and their artistic association and the tumultuous and passionate relationship soon began. 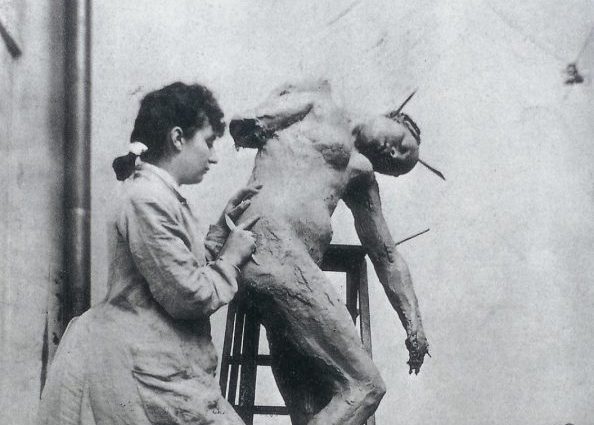 Camille became Auguste’s student, collaborator, model, and mistress. While continuing to work on her own pieces, she is believed to have contributed, as a typical studio assistant or student would have, whole figures and parts of figures to Auguste’s projects of that period, particularly to The Gates of Hell.

While Auguste recognised the young woman’s talent from the outset, he also fell in love with her almost immediately. This intense love affair, encompassing their personal and professional lives, inspired both artists, whose works functioned as declarations, criticisms or echoes of one another. Auguste modelled several portraits during this period, including Camille Claudel with Short Hair (Rodin’s first portrait of Claudel, S.1776) and Mask of Camille Claudel (S.1742), which were exhibited in 1900.

Camille could not get the funding to get many of her daring ideas realised due to their sexual element. Thus, she was forced to depend either on Auguste or collaborate with him and let him get the credit as the lionised figure of French sculptures. Auguste consequently signed a number of her works.

By 1892 her relationship with Auguste Rodin had begun to crumble, and by 1893 she was both living and working alone. From that point on she worked ceaselessly, impoverished and increasingly reclusive. She continued to exhibit at recognised salons and at the Bing and Eugène Blot galleries, though just as often she would utterly destroy every piece of work in her studio.

Camille Claudel’s ‘Perseus and the Gorgon’

After 1905, Camille appeared to be mentally ill. She destroyed many of her statues, went missing for extended periods, exhibited signs of paranoia, and was diagnosed with schizophrenia. She accused Auguste Rodin of stealing her ideas and of leading a conspiracy to kill her. Her family closed her in an asylum. Doctors tried to convince them that she shouldn’t have stayed in such an institution, but they still kept her there. The hospital staff regularly proposed to Camille’s mother and brother of Claudel’s discharge, but they adamantly refused each time. Camille Claudel died on 19 October 1943, after having lived 30 years in the asylum.