Ai Weiwei is a Chinese contemporary artist and activist. He is renowned for making strong aesthetic statements that resonate with timely phenomena across today’s geopolitical world.

Ai Weiwei is famous for conceptual artworks that challenge authority and explore the links between the contemporary world and traditional Chinese culture. He is one of the leading cultural figures of his generation and serves as an example for free expression both in China and internationally. 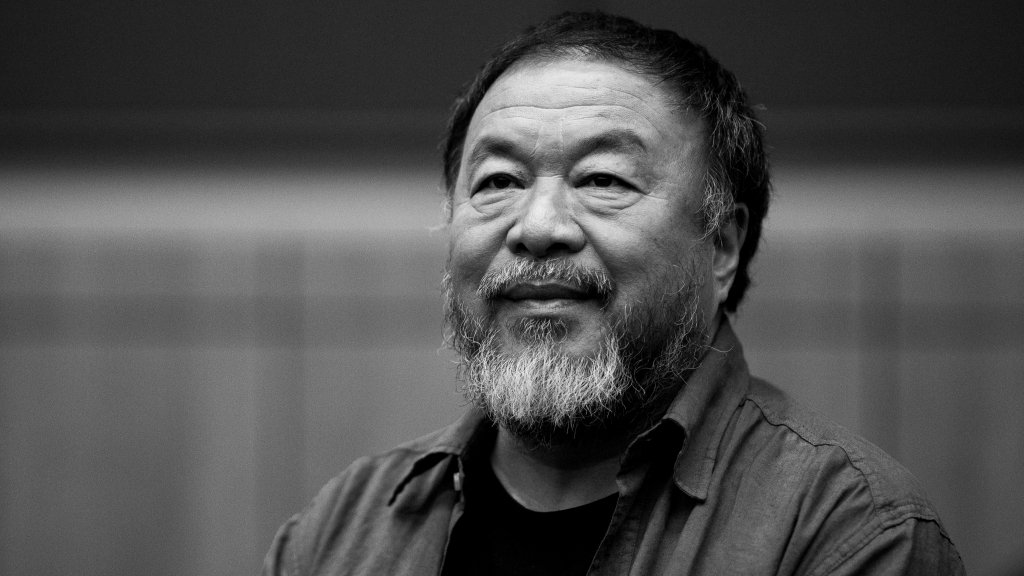 ‘’Expressing oneself is a part of being human. To be deprived of a voice is to be told you are not a participant in society; ultimately it is a denial of humanity.’’

Eager to escape the restrictions of Chinese society, he moved to the United States in 1981. Settling in New York City, he attended Parsons School of Design and actively engaged in the city’s fertile subculture of artists and bohemians. Although Ai Weiwei initially focused on painting, he soon turned to sculpture, inspired by the ready-made works of the French artist Marcel Duchamp and the German sculptor Joseph Beuys.

From architecture to installations, social media to documentaries, he uses a wide range of mediums as expressions of new ways for his audiences to examine society and its values. As an activist, he has been openly critical of the Chinese Government’s stance on democracy and human rights.

Exploring the fraught relationship of an increasingly modernised China to its cultural heritage, Ai Weiwei began creating works that irrevocably transformed centuries-old Chinese artefacts. He encapsulates political conviction and his personal poetry in his many sculptures, photographs, and public works. In doing this, he makes use of Chinese art forms to display the Chinese political and social issues.

His most lauded works include Sunflower Seeds (2010)—for which the artist scattered 100 million porcelain seeds (hand-painted by 1,600 Chinese artisans) across the floor of Tate Modern’s Turbine Hall. Until the exhibit was roped off because of a feared health hazard, Ai Weiwei had encouraged visitors to walk upon the seeds, considering the fragile sculptures a metaphor for the downtrodden Chinese populace.

In the mid-2010s Ai Weiwei turned his attention to the global refugee crisis with several projects, including a temporary installation of 14,000 life vests around the columns of the Konzerthaus Berlin concert hall (2016). The vests were collected by Ai Weiwei on the Greek island of Lesbos, where he and his studio stayed for several months during the height of the Syrian Civil War, when hundreds of asylum seekers arrived each day on their way to Europe after braving a perilous sea journey from Turkey. The installation was reportedly intended not only to call attention to the crisis but also to serve as a tribute to the individuals who perished during the passage. 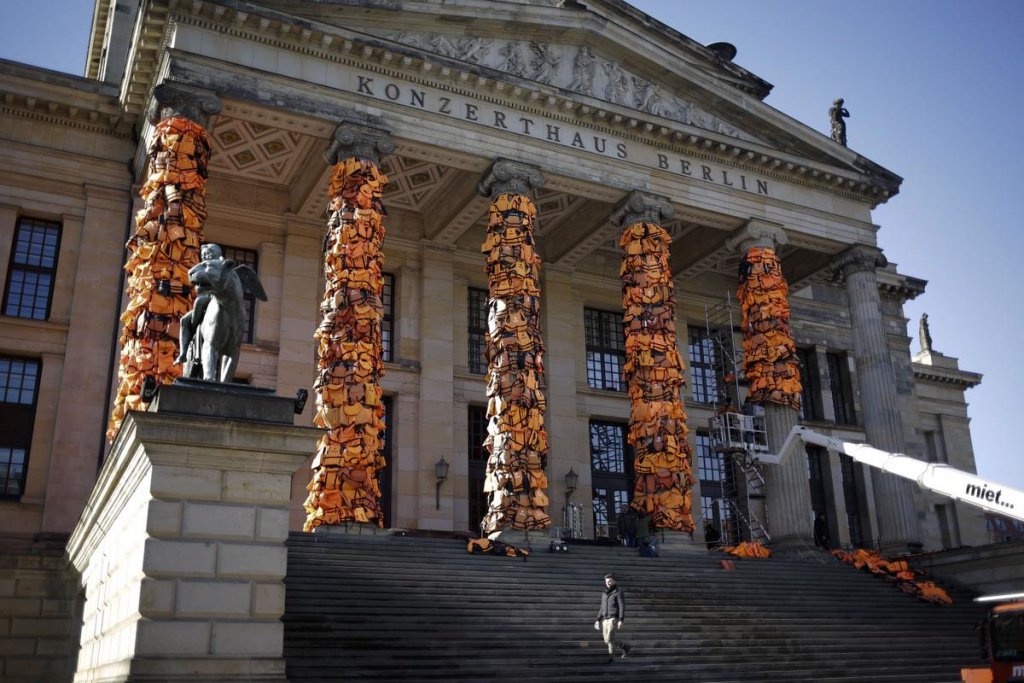 In 2011, Ai Weiwei was arrested at Beijing Capital International Airport, for economic crimes. He was detained for 81 days without charge. Ai Weiwei emerged as a vital instigator in Chinese cultural development, an architect of Chinese modernism, and one of the nation’s most vocal political commentators.

Beyond concerns of form or protest, Ai Weiwei now measures our existence in relation to economic, political, natural, and social forces, uniting craftsmanship with conceptual creativity. Universal symbols of humanity and community, such as bicycles, flowers, and trees, as well as the perennial problems of borders and conflicts are given renewed potency though installations, sculptures, films and photographs, while Ai Weiwei continues to speak out publicly on issues, he believes important.

His work belongs in the collections of multiple institutions, including Centre Pompidou, the Los Angeles County Museum of Art, the Guggenheim Museum, the Museum of Modern Art, and the Tate, among others. His human rights work has been recognised through the Václav Havel Prize for Creative Dissent in 2012 and Amnesty International’s Ambassador of Conscience Award in 2015.