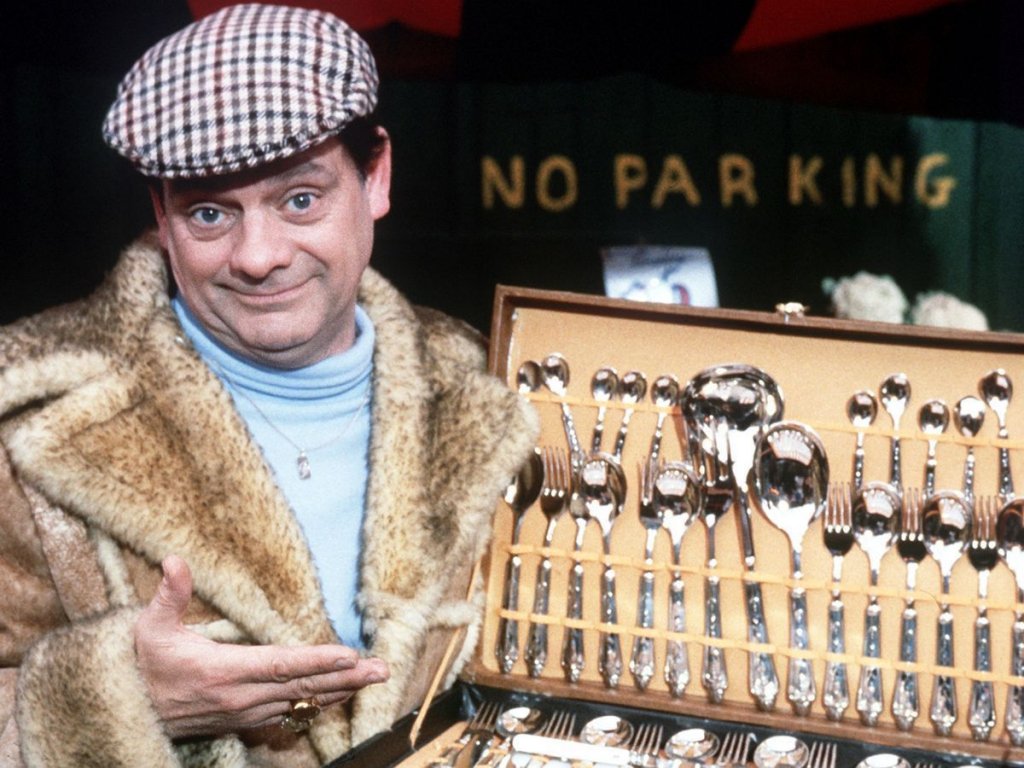 A character created in 1981 by John Sullivan and acted out so brilliantly by David Jason in the BBC series of Only Fools And Horses.

The series follows the highs and lows in life of Derek “Del Boy” Trotter, an ambitious slightly dodgy market trader who lives with his brother and Grandfather (later replaced by their uncle) and the ambitions and schemes he has to get rich.

Ever since I was a kid I’ve been watching Only Fools And Horses, there’s a little bit of Del Boy in all of us. He inspires me on how to survive and is always full of hope “this time next year we will be millionaires” – he doesn’t claim off the government, he doesn’t sit around on his backside feeling sorry for himself but is always on the look out on how to make a few quid. It might not always be “double legal” but he never really hurts anyone along the way. A true friend and someone with some what old school family values (you don’t find him trying to stick his mother or grandad in a home) and is also very charitable and giving, a modern day Robin Hood that doesn’t rob but deals, and deals with whatever life throws at him. “He who dares wins.”

Don’t we all want to be one?